"Red Velvet" Could Use A Little More Texture 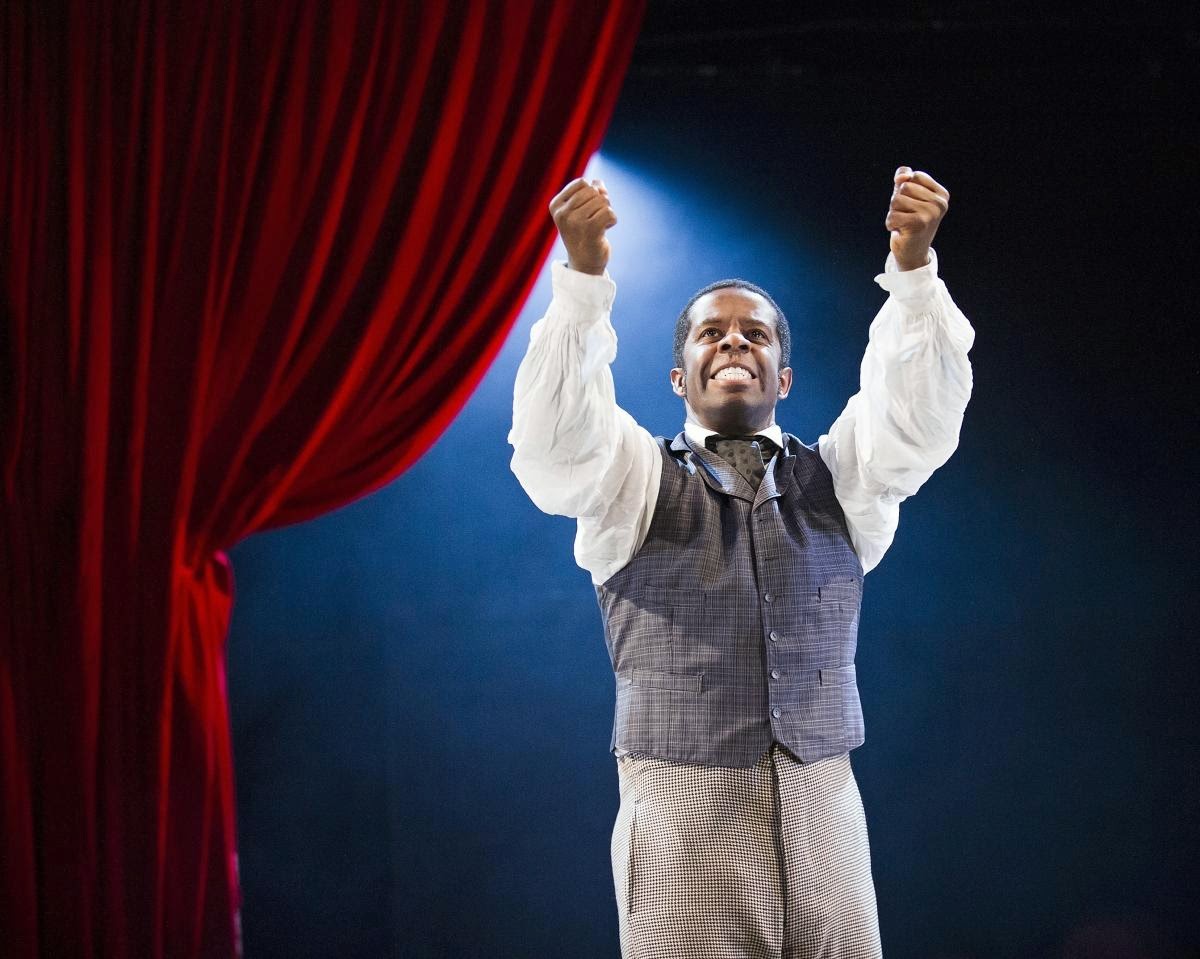 Ira Aldridge, the first black man to play Othello before a white audience, is a fascinating character. And Adrian Lester, who recently played the Moor in an acclaimed production by London’s National Theatre, can be a compelling actor. So I wish I could say that I enjoyed Lester’s portrayal of Aldridge in Red Velvet, the biodrama now running at St. Ann’s Warehouse through April 20, as much as so many other folks apparently have (click here to read some of the raves).

But, alas, Red Velvet struck me too much like those shows you find at historical museums or highfalutin amusement parks: the intentions are noble, all the teaching moments are observed and the result is as lively as a diorama at a wax museum.
And that’s a real shame in this case because Aldridge’s life is inherently dramatic. Born in New York City to free black parents just 30 years after the Declaration of Independence was signed, he began appearing in all-black productions while still in his teens and then headed to Europe, believing, like so many black artists over the years, that he might find less prejudice and more opportunities there.

And indeed he did, not only breaking the theatrical color barrier in England at a time when that country was hotly debating ending its part in the slave trade, but touring throughout Europe and becoming a celebrity in Germany, Russia and other Eastern European countries.

But Aldridge still confronted bigotry throughout his career. He never appeared in London again after his Othello debut at Covent Garden in 1833 and although he hoped to return and perform in the U.S., he died and was buried in Poland two years after the Civil War ended.

The play, written by Lester’s wife Lolita Chakrabarti, begins with Aldridge's final tour and then flashes back to his breakthrough performance in Othello as a last-minute and highly controversial replacement for the great actor Edmund Kean, who had collapsed onstage and was unable to finish the run. Like all bio-works, it gooses the facts in an attempt to make its story more dramatic but the effort only partly succeeds.

Some of the responsibility for that falls on the script. It may be time to declare a moratorium on having the subject of a bio-play relive his past in response to questions from a journalist; meanwhile Kean’s actor son, who in real life had amiably worked with Aldridge before the Covent Garden performance, is presented as an out-and-out racist.

But part of the blame also rests with director Indhu Rubasingham who hasn’t found a clear way to delineate the time shifts, key moments or, in some cases, even the characters. Three of the play’s eight actors play multiple roles, which is particularly confusing when one woman is called upon to portray Aldridge’s British wife, an actress with whom he has a dalliance and the young journalist who wants to write about him.

There are, however, moments of fun, like when the current day actors imitate the pose-and-yell declamatory performance style of their 19th century predecessors.  And Lester gives one of his characteristic all-emotions-to-the-surface performances (click here to read a piece by the actor on how he approached this performance).

Lester is, no surprise, quite wonderful when delivering parts of Othello’s speeches and he is also quite poignant in Red Velvet’s final scene.  So much so that my husband K (already a big Lester fan from the actor’s TV caper series “Hustle”) is now lobbying for a return engagement of the NT Live screening of Othello (click here to read more about it).  That also may be the better way to pay tribute to Aldridge.