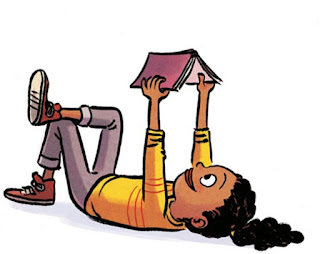 Happy Fourth of July! This is obviously a more unusual summer than most. COVID-19 continues its rampage across the country and most theaters remain closed. People are marching in the streets here and abroad in support of Black Lives Matter and black theater artists are speaking up about structural racism in this industry too.

Still some things remain the same: I’m back on my terrace, accompanied by a cocktail shaker filled this year with drinks spiked with pomegranate juice and an iPad stocked with books, most of them about theater. And once again I’ve put together my annual list of theater-related books for you to read over the summer weeks.

Both the list (a baker's dozen of 13) and some of the books themselves are longer than they’ve been in past years but I figure we’ve all got a little more time on our hands right now and I hope these novels, memoirs and oral histories will help make some of those hours pass more easily and pleasurably for you:

Actress: A Novel by Anne Enright: In this elegant novel a grown daughter looks back at the life of her actress mother Norah O’Dell, a great star of the Irish stage, from the 1940s when Norah breaks into Hollywood movies through the ‘70s as she declines into bit roles back in Ireland and a kind of madness that will leave a stain on both their lives.

The Chelsea Girls: A Novel by Fiona Davis: Set against the backdrop of the Red Scare, this story centers around the friendship between two ambitious young women, one an actress and the other a playwright. But its true main character is New York's famed Chelsea Hotel during its heyday as a home for artists and other bohemians who became some of the prime targets for Senator Joe McCarthy’s anti-communist witch hunts.

Downtown Pop Underground by Kembrew McLeod: Rents were relatively cheap in New York during the 1960s and early '70s and artists of all kinds flocked to the city, gathered in the Village and the East Village and created the bedrock of our culture today. Among the downtown theater pioneers McLeod profiles are Caffe Cino's Joe Cino, Judson Memorial Church's Al Carmines, Ridiculous Theatrical's Charles Ludlam and La MaMa's Ellen Stewart.

Ensemble: an Oral History of Chicago Theater by Mark Larson. A longtime Chicago theater writer, Larson talks to seemingly everyone who ever worked on a Chicago stage or in one of that city’s famous storefront theaters. In the process he creates not only a vibrant chronicle of such Chicago institutions as the Compass Players, The Second City, Steppenwolf Theatre Company and the Goodman Theatre but of contemporary American theater itself.

In Pieces by Sally Field.  Although probably still best known as a screen actor (two Oscars and three Emmys) Field is also a fine stage actor and judging by this poignant memoir, done without a ghostwriter, she's a terrific prose stylist too. The book mentions only a few of Field's early stage performances but it digs into her training at the Actors Studio and the cost of what it can take to become one of the best in the business.

Life Isn’t Everything by Ash Carter and Sam Cashner: The director Mike Nichols seems to have known everyone and this oral history which focuses on his greatest triumphs—from An Evening with Mike Nichols and Elaine May in 1960 through the 2012 revival of Death of a Salesman with Philip Seymour Hoffman—is narrated by the scores of people who considered Nichols a friend, mentor and the person with whom they’d most like to be stranded on a desert island because he told great stories and always knew how to make sure there was great food.

Marjorie Morningstar by Herman Wouk: A bestseller in the 1950s, this door-stop of a novel tells the story of a young Jewish girl who dreams of becoming a Broadway actress but some of its best scenes take place at a summer resort where hopefuls hone their skills by putting on weekly shows just as folks like Carol Burnett, Jerome Robbins and Neil Simon once did at the legendary Camp Tamiment.

The Summer Set: A Novel by Aimee Agresti. If social distancing has left you longing for romance, this romcom offers a barrel of it including the on-again-off again relationship of a wild-child actress and the director of a summer theater, the romantic entanglements of some college students apprenticing there, the love stories of two longstanding gay couples and a liaison between a glamorous trans woman and an unexpected suitor.

Playwrights on Television by Hillary Miller. One of the reasons we’re experiencing a new golden age of television is that TV showrunners have recruited (or are themselves) some of today’s best playwrights. In separate interviews, 18 of them, including Jocelyn Bioh, Madeleine George, David Henry Hwang and Adam Rapp, talk about why they’ve taken their talents into TV writers’ rooms and what the theater needs to do to woo them back.

Shakespeare in a Divided America by James Shapiro. We Americans have loved Shakespeare since the beginning of the republic and Shapiro shows how the country’s responses to eight of the Bard’s best known plays from Othello to Julius Caesar have reflected debates at significant times in the nation’s history about such continually hot-button issues as race, immigration, feminism and our relationship to democracy itself.

Untimely Death: A Shakespeare in the Catskills Mystery, by Elizabeth J. Duncan. Who doesn't get a kick out of a cozy country-house murder mystery?  This one, the first in an ongoing series, is set during the rehearsal period at a summer Shakespeare festival and features a British costume mistress, a hunky local cop, some red herrings and a very obvious suspect. The backstage look at what goes into costuming a play is an extra bonus.

The 24 Hour Plays Viral Monologues, edited by Howard Sherman: Full disclosure: Howard is a pal of mine. But he's also the inspiration behind the series of soliloquies that were written in response to the coronavirus pandemic (and performed on Instagram) by some of the major talents currently working in the American theater. And this collection is on this list because the first 54 of the speeches archived here not only provide terrific audition pieces but are also a testament to this unique moment in time.

Finally, as always, if you’re looking for even more to read, here are the links to my suggestions from previous years: