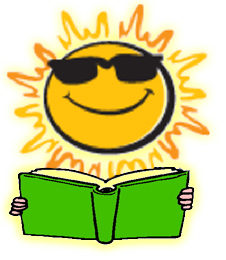 Happy Fifth of July. The Independence Day fireworks may be over but we've still got nine more weeks of summer to celebrate until Labor Day. For me that means time to sit on our terrace reading (usually books about theater) and sipping cold drinks (my husband K is experimenting with Pisco Sours this year). And as has become a tradition, I'm hoping to share some of these pleasures with you by offering a list of theater-related books for you to read too. It's an eclectic mix and I think you'll find something to enjoy no matter your literary preference. So happy reading and happy summer:

Act Like It by Lucy Parker  What's a summer reading list without a good beach book? There's admittedly not much tension in this romance novel about two gorgeous-looking West End actors who get together as a publicity stunt and then fall in love. And the behind-the-scenes theater stuff falls off in the second half of the book. But Parker is an amiable writer and her rom-com goes down as easy as an icy drink on a sultry day.

Balancing Acts: Behind The Scenes at The National Theatre by Nicholas Hytner  I've had a crush on Hytner since I interviewed him back in the '90s and found him to be one of the smartest and most elegant people I'd ever met. Hytner's new memoir about his tenure as artistic director of London's National Theatre is just as smart and elegant. That turns out to be both a blessing and a curse. There's no juicy backstage gossip about the theatrical luminaries (Simon Russell Beale, Judi Dench, Adrian Lester and others) Hytner has worked with over the years but he talks in great detail about the productions he directed and produced during his 12-year tenure as the head of the National and since that includes shows such as War Horse and The History Boys plus the creation of NTLive, all is forgiven.

The Great Comet: The Journey of a New Musical to Broadway, edited by Steven Suskin and Dave Malloy  Every theater season seems to produce at least one terrific book about the making of a Broadway show that rises above the run-of-the-mill souvenir book and this year, it's the chronicle of how Dave Malloy and his collaborators transformed 70 pages in the middle of Leo Tolstoy's "War and Peace" into the hip musical Natasha, Pierre & the Great Comet of 1812. The book is actually a mosaic of essays by people involved in the production so some of the stories are repeated but the overall effect is like being at a party with a bunch of really cool people. Plus there are lots of great photos and illustrations too.

Hag-Seed by Margaret Atwood  This retelling of The Tempest is the first book I read in the Hogarth Shakespeare series that commissions leading authors to write novels that reimagine the Bard's plays in modern-day settings. And I couldn't have picked a better start. Attwood's book in which a disgraced theater director stages a prison production of Shakespeare's revenge tale about an exiled sorcerer and his daughter is part witty satire of the theater world, part brilliant analysis of Shakespeare's final play, part celebration of the power of theater and a complete delight.

The Men in My Life by Patricia Bosworth Although she is now best known as the author of biographies about Montgomery Clift, Diane Arbus and Jane Fonda, Bosworth began her professional life as an actress and this memoir chronicles her early days in the business. The title refers to her father (a lawyer for the Hollywood Ten who were blacklisted during the Red Scare of the 1950s,) the brother who was her soul mate and the various lovers in her life. But the best parts of the book for us theater lovers are the anecdote-rich middle chapters that focus on her time as a fledgling member at the Actors Studio in the 1950s when it was the mecca for New York stage actors.

Mister Monkey by Francine Prose  A collection of linked stories by one of the country's most celebrated fiction writers, this novel centers around various people connected to the hapless performance of a children's theater production. They range from a Yale Drama School-trained actress who yearns for a more distinguished career to a super fan who so loves theater that he has seen even this inept show dozens of times. All 12 vignettes are both funny and touching.

The New Boy by Tracy Chevalier  The most recent addition to the Hogarth Shakespeare series of novels that update the Bard's plays sets Othello in a Washington, D.C. grade school in the 1970s. In this version, the Moor becomes Osei, the 11-year-old son of a Ghanaian diplomat who has transferred into an all-white suburban school. His Iago is the class bully and his Desdemona a girl with blonde pigtails who is beguiled by the exoticism of the dark-skinned boy. The plot unfolds in just one day and although it's a little unbelievable that sixth graders would develop such passionate feelings in that short a time, Chevalier, the author of such acclaimed historical novels as "Girl with a Pearl Earring," is a fine writer and clearly a lover of this tale.

Up in the Cheap Seats by Ron Fassler  It's hard not to envy Fassler, who, as a precocious 11 year-old, used the money he earned as a paperboy to buy cheap tickets to Broadway shows every weekend and kept it up for four years until his hormones took over and he began to spend his money on girls. Fassler's list of the 200 shows he saw (including the original productions of Cabaret, Fiddler on the Roof, The Great White Hope, Follies and 1776) and the contemporaneous critiques he wrote about them are the basis of this enchanting memoir that also includes recent interviews with some of the theater makers whose shows he saw back in the day.

And if you're looking for still more to read, below are the links to the suggestions from the previous 10 years that I've been writing B&Me and celebrating summer with all of you:
2016