Rolling Along with "Merrily We Roll Along" 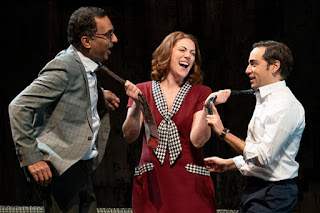 My 40s were my favorite decade. I suspect that’s because it’s when I got my dream job (editing the arts section of a major publication) and met my dream guy (my still totally-adored K). But it was also because I realized that I was old enough to learn from the mistakes I’d made but still young enough to do something about them.

The characters introduced in the opening scene of the musical Merrily We Roll Along aren’t so lucky. But the ruefulness that accompanies them in their journeys from idealism to resignation has made this show one of Stephen Sondheim’s most admired and it’s never tugged at my heartstrings more than it does in the Fiasco Theater’s revival, which opened at the Roundabout Theatre Company’s Laura Pels Theatre this week.

Inspired by the identically-named 1934 play by George S. Kaufman and Moss Hart, the musical chronicles the lives of three artists—a composer named Frank, a lyricist and playwright named Charley and their novelist friend Mary—but it tells their stories in reverse order, with the earlier scenes showing the compromises and disappointments the trio experience in middle age while the latter ones depicts the optimism of their youth.

The original 1981 production directed by Hal Prince famously miscast teenagers to play all the roles and ran for only 16 performances. (Lonny Price, who played Charley in that production, recently made a terrific documentary about it called “Best Worst Thing That Ever Could Have Happened,” which you can find by clicking here).

Noah Brody, Fiasco’s co-artistic director (click here to read more about him and his approach) has cast age-appropriate members from his troupe in this revisal (the playbill says Sondheim endorsed the trimming of the late Furth’s book to just 105 intermission-less minutes and the reassigning of some songs). But Brody's casting choices also have their plusses and minuses.

Six people play all the roles, compared to the two dozen in the Prince production. And on the up side, those actors, many of whom have been collaborating since their college days at Brown University, put to good use the comfortable familiarity and knowing frustrations that come from their own long association.

They're also clever at integrating into their stagecraft the Fiasco trademarks of inventive stage business (in one delightful sequence mannequins fill in for the missing ensemble) and quick costume changes. But here's a significient negative: their vocal strengths vary from impressive (Manu Narayan in the role of the uncompromising Charley) to not-all-that-great.

And not everyone is rolling along with this Merrily.  A group of my theater-savvy friends and I had a great debate about it via email last weekend, with me in the minority.

Still, George Furth’s book, a series of significant moments spread across the decades of the friends’ lives; and Sondheim’s score, filled with both amusing patter songs and gorgeous ballads, ring with the doubts and insecurities familiar to all of us for whom our 40s are now just a memory.

And as I sat watching Merrily and thinking back over the people who have moved into and out of my life over the past few decades, the show’s wistful anthem “Old Friends” has never sounded more poignant.

Labels: Merrily We Roll Along

Celebrating a Dozen Years of B&Me 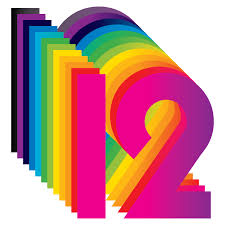 As longtime readers know, I started this blog on Feb. 14, 2007, and so every year, I get to observe Valentine’s Day by celebrating the big loves of my life: my husband K (we had a great dinner at one of our favorite restaurants, although I may have overindulged on the Cosmopolitans) and seeing theater and writing about it here. So I’m taking time out to toast 12 years of doing the latter.

The last 12 months have been really great. I saw some terrific shows and I got to talk to several of the playwrights who created them for the “Stagecraft” podcast I do for BroadwayRadio (you can check out those interviews by clicking here).

I also had the honor of being elected to the executive committee of the Outer Critics Circle and to the American Theatre Critics Association, for whom I moderated a panel at last fall’s New York conference whose timely theme was “Beyond Straight White Men: Diversity on Page and Stage.”

My calendar is already filling up with all kinds of promising shows and I hope all of you will stick around so that I look can share my thoughts about them with you in the coming year. In the meantime, a belated Happy Valentine's Day and, of course, happy theatergoing too. 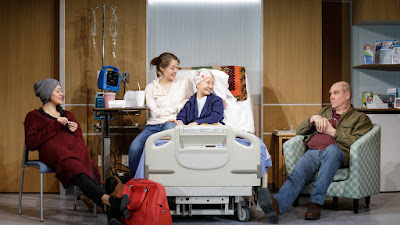