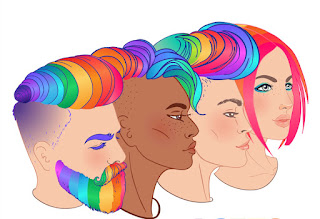 Giving awards can be tricky. We all want to—and should—celebrate extraordinary theatrical talent. But every time one person is ushered into the winner’s circle, a whole lot of other folks are left out of it. And adding insult to injury, it's often been really hard for some outsiders to find a way in at all.

In the not-so-distant past, most of those who took home the honors and trophies looked like one another: lots of white men and some white women. That’s begun to change over the past few years in the wake of the reckonings brought on by the #OscarSoWhite and We See You White American Theater campaigns and the representation reports issued by the Asian American Performers Action Coalition.

So more opportunities to make their way into the circle have opened up for a wider range of people and some of those people have been really, really talented: seven of the last 10 winners of the Pulitzer Prize for Drama have been playwrights of color.

But there’s still more work to be done to level the playing field. Which is why I’m taking time out from talking about shows I’ve recently seen to note that this week the Outer Critics Circle announced that it is eliminating gendered acting categories.

I sit on the OCC’s executive board and although our deliberations are private, I’m going to out myself by admitting that the decision was complicated for me. I worried that we might end up with a slate of all male-identifying performers since they get so many more of the attention-grabbing roles. Only 37% of the 233 principal roles in the 30 new shows that opened on Broadway in 2018 were for women (click here to read more about that).

Those numbers clearly run the risk of putting female performers at a disadvantage if all performances are being weighed against one another. But after doing a lot of reading, talking and soul searching, I also came to the conclusion that nonbinary actors were at an even greater disadvantage. Fitting into neither the category of Outstanding Actor or Actress, left no place for them be considered at all, unless they shoehorned themselves into a misnomer category (click here to read about one actor's experience).

Changing the awards to Outstanding Performance in a Male or Female Role seemed like an option. But playwrights and musical book writers have begun creating characters like May in & Juliet or Daphne in Some Like It Hot who don’t fit into those slots either. Which meant, at least for me, that there was only one way to go.

And in the end, the board rethought entirely how we would distribute our acting awards. Now instead of dividing them by who’s doing them, we’re dividing them by where they’re being done. So there will now be awards for actors in Broadway shows and for those performing Off-Broadway. This evens things up in a different way since fantastic work by actors in smaller productions has long been overshadowed by that of their peers in big Broadway shows.

But of course, awards tend to say as much, if not more, about the people giving them as the people receiving them. So it’s incumbent on all of us who see shows, lobby for favorites on social media or actually vote—be it for the OCC, Drama Desk, Drama League, New York Drama Critics or Tony awards—to make sure that it is as fair and easy as possible for any of the most talented performers, regardless of celebrity, ethnicity, gender identity or physical ability, to get into that winner’s circle.

Finally Seduced by "Phantom of the Opera"

January can be a quiet time on Broadway. Lots of shows close (click here for a list of some of them). Very few open. Which makes it a good time to catch up with the ones still running that you might have missed earlier. And in my case that meant seeing Phantom of the Opera.

Yes, I know the show opened back in 1988 when Ronald Reagan was president and that it has been running for the last 35 years. But it was such a hot ticket in its early days that I couldn’t get one and over the years—maybe the result of sour grapes—I convinced myself that it was a badge of honor that I hadn’t seen the most popular and successful show in Broadway history. But then came the news that Phantom was going to close.

So I went. I saw. And although I can’t say I got conquered, I will concede that I now understand why people so love this show. It’s got insider jokes about opera for highbrow folks, Grand Guignol melodrama for the hoi polloi and lush hummable melodies that everyone can enjoy. Plus there’s the dangling chandelier.

As you surely know, Andrew Lloyd Webber was inspired to create the musical by the 1910 French novel by Gaston Leroux and recruited Charles Hart to write the lyrics and Richard Stilgoe to adapt the book. The story centers around a mysterious outsider who wears a mask and lives in the catacombs underneath the Paris Opera House, where he has become dangerously obsessed with a fledgling soprano named Christine Daaé.

The spectacle-filled production staged by Hal Prince—a corps de ballet, a masquerade ball, a lagoon complete with a gondola and a chandelier that crashes down from the ceiling—opened to rave reviews in London in 1986.

“It may be hokum,” wrote The Guardian's august critic Michael Billington, “but it is hokum here treated with hand on heart rather than tongue in cheek.” By the time the show made it to Broadway 18 months later, it had a $16 million advance and was featured on the cover of Time magazine.

Phantom went on to win seven Tony awards including Best Musical. And, of course, it’s run forever. Or at least it’s run so long that many of the people who now see it can’t remember when it wasn't around. The guy sitting next to me told me he had brought his mother for her 65th birthday because she’d been wanting to see it since he was a kid; one of the two young women sitting behind me regaled her friend before the show and during intermission with her memories of having seen it as a girl.

I sat there thinking about what the show would have been like when Michael Crawford’s poignant performance of the love-crazed Phantom turned him into a Tony-winning star and, for a while, a sex symbol, while Lloyd Webber’s then-wife Sarah Brightman hit the crystalline high notes he’d written for Christine to sing. I also imagined how it must have been to see the show before it had become so familiar that people started applauding the moment something or someone appeared onstage.

And yet, I still had a good time. I laughed at the corny jokes and I swayed to the tunes that were familiar to me even though this was my first time seeing them performed onstage. I loved the spectacle of Maria Bjornson’s witty costumes and lavish sets.

It was particularly lovely to see the young dark-skinned actress Emilie Kouatchou making her Broadway debut as Christine and being so warmly embraced by a mostly-white audience (although it would also have been nice to see a few more black faces in the ensemble so it didn’t look as though she were the only black person in Paris).

I left the Majestic Theatre (and it really is a majestic theater) happy that I’d seen Phantom but also a little sad that the show, which has become as iconic as the Phantom’s mask, is leaving. It’s not the best show I’ve ever seen. It’s not hip in the way that Hamilton is. Or as contemporarily innovative and diverse as The Lion King is. But now that Prince, that irreplaceable link to Broadway's Golden Age is gone, I can't imagine what will ever take its place.

Labels: Phantom of the Opera 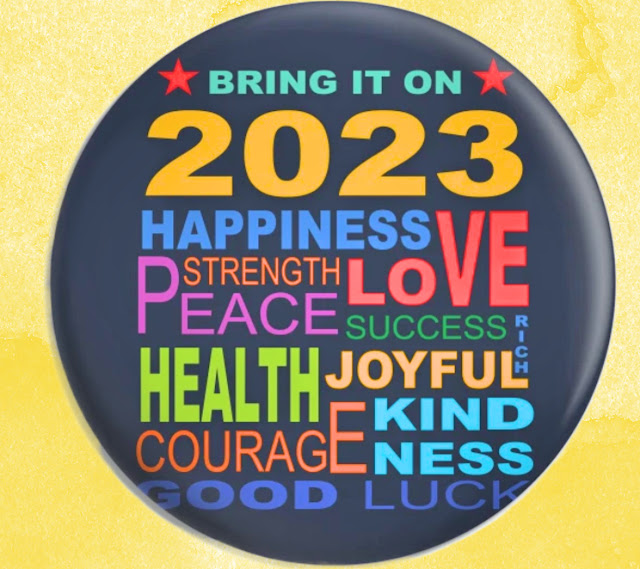 Wishing you a year filled with all of the above, plus, of course, lots of great theater...