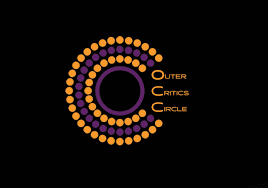 Good news, particularly good news about theater, has been hard to find over the last two months since concerns about the coronavirus locked most of us indoors and closed theaters around the country. Prognosticators have been saying that theaters will be among the last things to reopen once it’s been deemed safe enough to resume some semblance of life as we once knew it. So that’s why I’m delighted to be able to share the very good news that the Outer Critics Circle has come up with a way to honor the truncated 2019-2020 season and to celebrate the better days that are sure to come.

The OCC board, of which I am proud to be a member, decided to suspend our traditional practice of issuing a slate of nominees for shows on and off-Broadway and then having our members select one to be the best in each category. Instead, we’ve decided to honor ALL our nominees this year.

And on top of that, we’re doing something a little extra special for the honorees cited for our John Gassner Award. Named for one of the group’s co-founders, it is usually given to an American play by a new writer at the beginning of his or her career. We’re proud of the fact that our past winners have included Aaron Sorkin, August Wilson, Lynn Nottage, John Leguizamo, David Henry Hwang, Suzan-Lori Parks, Ayad Akhtar and Bess Wohl.

This year, we’re cheering on four young writers: Will Arbery for Heroes of the Fourth Turning, Eboni Booth for Paris, Catya McMullen for Georgia Mertching Is Dead and Alexis Scheer for Our Dear Dead Drug Lord. And we’re giving each of them $500 as a token of our belief in their talent and their ability to help lead American theater into the future.

This is the OCC’s 70th anniversary season and we’re so pleased to be able to celebrate in this way.  And we’re just as pleased that, as you’ll see below, some special friends have joined us to mark the occasion.


You can see the full print list of our honorees by clicking here.  And our president David Gordon will talk even more about it with my buddy, and boss, James Marino on the Tuesday edition of BroadwayRadio's "Today on Broadway," which you can listen to here.
No comments: