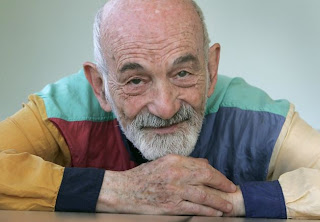 Over the past couple of weeks, I’ve lost two people who played significant roles in shaping my life. So I’m taking time out from my usual posts to pay honor to their memories.

Remy Charlip taught me theater in college. He was an enchanting man and an artistic polymath who was a founding member of the Merce Cunningham Dance Company, a co-founder of the Paper Bag Players children’s theater troupe, a painter, a children’s book author (my favorite was “Arm in Arm” about two octopuses who got married and “walked down the aisle arm in arm in arm in arm in arm”) and he was an inspiring teacher who started the Children’s Theater department at my alma mater Sarah Lawrence and ushered all of us in that first group of students into the realm of the imagination that, blessedly, we’ve never totally abandoned.  Remy was 83 when he died on Aug. 14 (click here to read his obituary and here to see a clip in which he talks about his life and performs).

John Stacks wasn’t a man of the theater but he was a grand champion of my career in journalism.  John spent most of his working years at Time Magazine,  where he made his name as the magazine’s point man on the Watergate scandal and later rose through the ranks to become New York bureau chief, chief of correspondents overseeing some 100 reporters around the world and eventually deputy managing editor.  He had a true zest for life and thoroughly enjoyed good food (which he loved to cook as much as he loved to eat), good wine, fine cigars, nicely-made suits and a friendly round of golf.  He was curious about the world and enthusiastically poked around every corner of it.  He cared deeply about his friends and the people who worked for him and often went out of his way to help us.  And he had an infectious laugh.  John was just 70 when he died yesterday.  No official obituaries have yet been published but they will come once the initial shock has eased for those of us who so cherished him.

I feel blessed to have known them both.
1 comment:

A Labor Day Salute to the Real Score Keepers 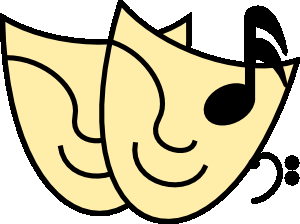 How did the summer pass so quickly that we’re now staring in the face of Labor Day?  This is always a bittersweet time of year for me because it means that the idylls of summer are ending but it simultaneously means that the excitement of a new theater season is about to begin.

One unambivalently good thing about Labor Day is that it’s the perfect time to salute some of the worker bees who make possible the theater that we all so love. Over the past few years, I’ve paid tribute to blue-collar actors whose names seldom appear on marquees and to struggling playwrights who toil off, off-off  and even farther away from Broadway.  But this year, I want to celebrate the composers, lyricists and book writers who participate in the BMI Workshop.

BMI, of course, is the organization that collects royalty fees for songwriters. As many of you know, its Workshop was created in 1961 by the Tony-award winning conductor Lehman Engel and is now officially called the BMI Lehman Engel Musical Theatre Workshop.

The Workshop’s mission is to give show makers a supportive place in which they can develop their talent. They hone their skills through such exercises as writing a song for Blanche DuBois, musicalizing the suicide scene from Death of a Salesman and, eventually, writing full shows.

There might not be a Broadway musical today if the Workshop didn’t exist.  Its graduates include Lynn Ahrens and Stephen Flaherty, Tom Kitt, Michael John LaChiusa, Robert Lopez and a whole bunch of other folks whose shows every musical theater lover knows.  But there are scores of others, some equally talented, who still labor in relative obscurity.

About four years ago, the Workshop produced a CD of songs written by a wide range of its members.  One of them, Jeff Blumenkrantz, hosted a companion podcast in which each episode is divided among interviews with a composer or songwriting team, a performance of one of their songs by a Broadway or cabaret star and then an interview with that performer.

I recently discovered the series and devoured all 20 episodes (each under 30 minutes) in a marathon binge over just a couple of days. They provide an intimate look at the hard work that goes into creating melodies and lyrics that seem effortless, at the years of often unremunerated toil that go into bringing that work to the stage and at the sheer determination and love of the craft that keep these artists going against the odds.

Because Blumenkrantz is a well known and popular figure in the Broadway community, his guests obviously feel comfortable with him and they share more of themselves in these conversations than they would in the average showbiz interview.

In the third episode, the actress Erin Dilly talks honestly about being fired from the title role in Thoroughly Modern Millie.  Sutton Foster, her replacement, became an overnight star while Dilly had to work hard just to stay in the business.

In a later episode, Cheyenne Jackson talks about his decision to be openly gay and how he doesn’t care if that costs him jobs in movies or on TV because it is so important for him to be himself.

And it’s not just the actors who bare their souls.  Songwriters sound-off on the frustration of being denied the rights to books and films they hoped to adapt and in many cases had already spent weeks, months, sometimes years writing songs for.  And even when rights are granted and some money is scrounged up, the end result may be just a showcase production.

And yet, they all keep laboring away.  Even when they may have to take day jobs—playing rehearsal piano, teaching school, even waiting tables—to pay their rent.

Listening to their stories and their work is yet another reminder of the toil, tears and sweat that go into making the theater that we enjoy. So I hope you’ll join me in a round of applause for these too often unsung players.  You can click here to access the full archive of the podcasts.  In the meantime, Happy Labor Day to you too.