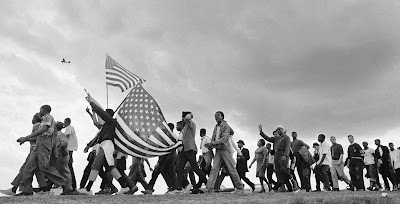 We’re in the middle of African American History Month, a commemoration made all the more urgent by the events of last summer that were prompted by the police murders of George Floyd and Brianna Taylor, which prompted a growing recognition not only that Black Lives Matter but that such concerns must translate into restorative action if this country is ever to live up to its ideals.
The theater community has its own work to do in this area—we need more Black and Brown writers, directors, designers, stage manager, board members—but over the years, playwrights, both Black and white, have attempted to wrestle with some of the issues centered around race, particularly through the lens of the Civil Rights Movement.  Below is a list of some of those shows (with late entries highlighted in red) and I’d welcome any additional Movement-centered titles you might have:
All the Way by Robert Schenkkan
This 2014 Tony winner chronicles Lyndon Johnson’s campaign to pass the Civil Rights Act of 1964 and win the presidency in his own right following JFK’s assassination.

Blues for Mister Charlie by James Baldwin
Loosely based on the murder of Emmett Till and the acquittal of the white racists who killed him, this drama focuses on the reactions of both the white and Black resident in a small southern town in which a white man has twice killed black men.

Broadbend, Arkansas book and lyrics by Ellen Fitzhugh, Harrison David Rivers and music by Ted Shen
A working class father’s struggle to balance the needs of his family and his desire to join the Civil Rights Movement is at the heart of this chamber musical about two generations of a southern family.

Caroline, or Change book and lyrics by Tony Kushner and music by Jeanine Tesori
The lives of a southern Jewish family, their Black maid and her teenage daughter who is drawn to the activism of the Movement rub against one another in this ambitious musical.

Detroit ’67 by Dominique Morriseau
The hot summers of racial unrest in northern cities provide the backdrop for Morriseau’s drama about the owners of an underground nightclub who are brought into the struggles when a white woman seeks refuge in their place from angry demonstrators.

Fireflies by Donja R. Love
Set in the immediate aftermath of the bombing of the church in Birmingham that killed four young girls, this two-hander charts the personal toll that the struggle for equality takes on the lives of a charismatic young civil rights leader and his wife.
Freedom Riders by Richard Allen and Taran Gray
This musical account of the seven-month campaign to desegregate interstate buses in the south centers around Movement leaders John Lewis and Diane Nash and John Seigenthaler, the white Kennedy administration official who led the negotiations with the recalcitrant southern governors.

From the Mississippi Delta by Endesha Ida Mae Holland
Based on Holland’s memoir of the same name, this play tells the story of a young woman who by the age of 16 is a former inmate and an unwed mother but finds salvation through SNCC, or the Student Nonviolent Coordinating Committee which recruited young people for civil rights campaigns.

The Good Negro by Tracey Scott Wilson
Three civil rights leaders battle local segregationists, the FBI and their own personal demons as they offer competing strategies for how to protest the case of a young mother arrested for taking her 4-year-old into a whites-only bathroom when the “colored” bathroom was out of order.

Hairspray with book and lyrics by Mark O’Donnell  and Thomas Meehan and music and lyrics by Marc Shaiman and Scott Wittman
In this adaptation of the John Waters cult film, a chubby white teen finds love and purpose when she gains a spot on a popular TV show after a Black classmate teachers her how to dance and she then leads a campaign to integrate the show.
Hallelujah, Baby! with a book by Arthur Laurents, music by Jule Styne and lyrics by Adolph Green and Betty Comden
A talented and ambitious singer is torn between two men: a white guy who can open doors for her and a Black civil rights worker who challenges her priorities.

Little Rock by Rajendra Ramoon Maharaj
The travails of the nine Black students who integrated the previously all-white Central High School in Little Rock, Arkansas are recounted in this docudrama that also mixes in the music that helped to hearten those courageous young pioneers, who, as the play reminds us, were just kids.

The Man in Room 306 by Craig Alan Edwards
Set on the eve of Martin Luther King’s death, this one-man show attempts to reveal the man behind the icon as King meditates on his life from his relationship with his father to his troubles with the FBI and muses about other roads he might have taken.

The Meeting by Jeff Stetson
This two-hander imagines a meeting between Martin Luther King, Jr. and Malcolm X shortly before Malcolm’s real-life assassination in which the two leaders debate the best way to advance the rights of Black people.

The Mountaintop by Katori Hall
Here MLK engages in a conversation with a mysterious woman he finds in his Memphis motel room. He thinks their back-and-forth may result in a romantic interlude but she turns out to be the angel of death with whom he must confront his legacy.

The Nacirema Society Requests the Honor of Your Presence at a Celebration of Their First One Hundred Years by Pearl Cleage
On the surface a romantic comedy centered around a cotillion for wealthy Black families, Cleage’s play takes a serious look at the class divisions within the Black community at the time of the Civil Rights Movement.

Party People by UNIVERSES
The Black Power movement takes centerstage as this docudrama chronicles the rise and fall of the Black Panther Party in the ‘60s.

Too Heavy for Your Pocket by Jireh Brion Holder
A poor country boy who has dreamed of a better life is faced with the choice of how best to achieve it: accepting a full scholarship to Fisk University or becoming a Freedom Rider.

Waiting to be Invited by S.M. Shephard-Massat
Four middle-aged female factory workers try to work up the courage to test their newly acquired right to eat at a previously "whites only" restaurant inside an Atlanta department store. 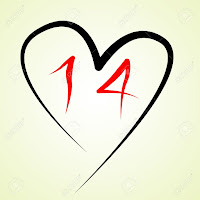 This is a bittersweet anniversary for me: I published the first Broadway & Me post 14 years ago on Valentine’s Day but it’s now been nearly a year since I’ve seen a show in person.  And of course that’s not the worst part of the pandemic that has shut down theaters, putting out of work thousands of people who make their living in the theater and killing scores of others, from the theater icon Terrence McNally to my friend Patti Bosworth, a writer, one-time actress and lifelong theater fan.

Like I suspect many of you, I’ve grieved all those losses and tried to find some solace in the varied productions that have sprung up on Zoom, YouTube, Audible and other digital platforms. Just this past week, I was knocked out by Playing Burton, a solo audio play in which Matthew Rhys brilliantly portrays Richard Burton (you can listen to it by clicking here); and All the Devils Are Here, Patrick Page’s magnificent deconstruction of some of Shakespeare’s most infamous villains (you can see it by clicking here).

They’ve scratched the itch familiar to all of us theater junkies and given some theater folks a way to make a few bucks to tide them over. But, of course, they’re no substitute for being in a theater, breathing, without fear, the same air as the performers and creating together that uniquely symbiotic experience that is live theater.

It’s still too soon to tell when “normalcy” will return and we can all gather together again safely but I feel blessed that my husband K and I have so far remained healthy (my theatergoing buddy Bill too) and grateful to those of you who continue to check in here. I'm also mindful that theater returned stronger than ever after the plague emptied stages during Shakespeare’s time. I’m hopeful that it will be the same for ours. In the meantime, stay safe and stay healthy.