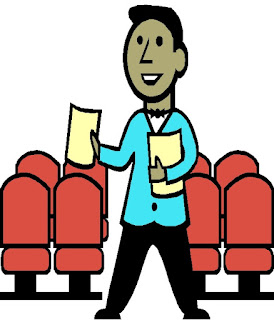 What a difference a year makes.
Or doesn’t.

During the spring and summer evenings of 2020 we New Yorkers stood at our windows or out on the sidewalks to applaud, bang on pots and make whatever other noise we could to cheer the essential workers who were caring for the sick, delivering food and otherwise keeping the city going through those early scariest days of the ongoing pandemic. And I devoted my annual Labor Day salute last year to all the performers who appeared in the online concerts, Zoom productions, panel discussions and podcasts that kept us theater lovers going through those days when theaters everywhere were shut down.

This summer some live performances, particularly those outdoors, came back and nearly all the productions and theaters that were closed have set reopening dates. Hadestown and Waitress returned to their stages just last night and a new play Pass Over kicked off the new season last month.

But I fear the cheering for all that may be premature. The delta variant of the virus has been pushing infection numbers up again, creating new uncertainties and anxieties. So I’ve decided that my Labor Day tribute this year should celebrate some other essential—and usually unsung—workers of the theater community: ushers.

It was the illness of a Broadway usher that first brought the virus home to the New York theater community and helped prompt the total shutdown on March 12, 2020 (click here to read about that).  And as all of us—casts, crews and audiences—return to the theater, it may be the ushers who will be most at risk again.

For starters, they’ll have to interact with people coming to see the shows who, even though they now will have to prove they’ve been vaccinated or recently tested (click here to read the guidelines) they may still be carriers of what is turning out to be an insistent and highly infective form of the virus, increasing the chances that the ushers may contract it or unknowingly pass it on to others.

Moreover on top of directing people to their seats, answering their questions and reminding them to turn off their cell phones, the ushers now will have the added responsibility of checking vaccination credentials and making sure that audience members are keeping their masks on. That won’t be easy work.

British theaters, where masks are optional, have found—no surprise—that most people prefer watching a show without their masks. They’ve also found that mask-adamant theatergoers don’t want to sit next to laissez faire mask wearers. And as New York magazine theater critic Helen Shaw pointed out in a tweet last month, a coughing fit by one audience member can paralyze those around him or her with fear. Resolving those issues can transform ushers into referees and wardens.

On top of all that, there have been lots of stories about how badly people have treated waiters once restaurants and bars reopened (click here to read about that).  The more expensive the place, the worse the behavior in many cases because those customers seem to feel that shoveling out all those dollars entitles them to a certain kind of service and they’ve somehow forgotten that the people providing it are laboring under restrictions imposed by a pandemic.

Theater tickets cost a lot of money too so similar boorishness could pop up in our venues too. And there are lots of potential triggers. It may take longer to get into the theater or to be seated as ushers check credentials. Intermissions may be cut and bars closed so that people can’t mill around as much. Some seatmates may not be as rigorous about their masks as others.

Without ushers—the unionized ones on Broadway (click here to listen to a 2016 story about them) and the volunteer ones at off-Broadway venues like Playwrights Horizons and the Irish Rep—the whole experience could disintegrate into chaos.

To be honest, I’m really nervous about the prospect of sitting in a theater alongside a lot of strangers whose health habits and history I don’t know.  But once I do get there, I’m going to try very hard to remember to thank the ushers for the essential work they’re doing and I hope you will too.  In the meantime, Happy Labor Day.