Lots of words are going to be written over the next few days by people who knew him, people who admired him and people who have a better way with words than I do.  So although the pleasure his work has given me over the years compels me to mark  the passing of this irreplaceable theatrical giant, I'll just say, Thank you. 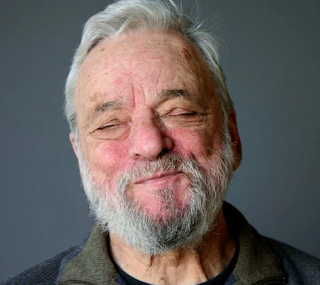 "The Visitor" May Have Arrived Too Late 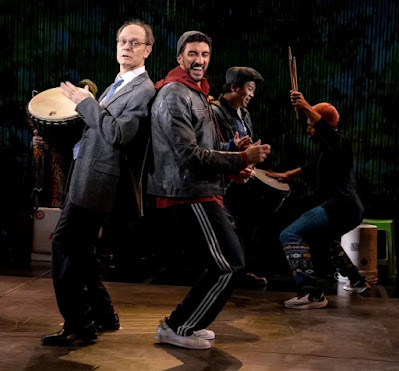 Everyone involved with The Public Theater’s new musical The Visitor seems to be walking on eggshells. And who can blame them?

The week before previews were scheduled to begin, the production shut down for a few days and brought in diversity consultants to help the cast and creative team work through their feelings about the show's story of the relationship between a white college professor and two undocumented immigrants (click here to read about that).

Two weeks later, one of the show's stars Ari’el Stachel, a Tony winner for The Band’s Visit, left the production, reportedly because he objected to speaking with an accent and to other ways in which his Syrian-born-but-American-raised character was being represented (click here to read more about that).

And, of course, this was all happening against the backdrop of the theater community’s new struggle to tell stories in a way that is more equitable and inclusive than has been done in the past. The solution to all those problems requires a tricky combination of nuance and boldness that, alas, this show lacks.

It didn’t start out that way. Tom Kitt and Brian Yorkey, the team behind the Pulitzer Prize-winning musical Next to Normal, based The Visitor on the 2007 film of the same name that offered a then-fresh look at the lives of two immigrants: Tarek, a musician brought to this country when he was a child; and Zainab, a jewelry designer from Senegal.

As such stories have traditionally tended to do, the film centered    its tale around the developing social consciousness of a white character. In this case that’s a grieving widower named Walter.    The immigrant couple and Walter meet cute when he turns up at the Manhattan apartment he rarely uses to find that a swindler has rented it to them.

After some confusion, Walter invites them to stay and even begins taking drumming lessons from Tarek until the musician is arrested for a misdemeanor he didn’t commit and threatened with being deported. Walter tries to help his new friend and begins to fall for Tarek’s mother Mouna when she shows up to look for her son.

The musical, whose book is now credited to Yorkey and the black British theatermaker Kwame Kwei-Armah, follows the film almost beat-for-beat but its dialog strains to be politically correct. It’s low on humor too, as though the writers were afraid they might get their knuckles rapped for making fun of the wrong thing.

That puts a lot of pressure on the score to save this show but it can’t carry the weight either. Its two dozen songs offer a mix of pop tunes, power ballads and some Middle Eastern-inflected melodies but none are memorable, and some are less than that. You can too often guess the coming rhyme as soon as you hear the final word of a couplet's first line.

And there’s an almost embarrassing earnestness about some of the other lyrics, especially Walter’s final solo, which is supposed to be a rousing anthem about American values but only made me feel badly for poor David Hyde Pierce as he tried to put it over.

Pierce, always endearing, and the rest of the cast (which includes Jacqueline Antaramian as Mouna, Alysha Deslorieux as Zainab and Ahmad Maksoud, the understudy who stepped in when Stachel left as Tarek) all work hard—and well. As does the show’s appropriately multicultural ensemble.

But they’re all let down by the somewhat flaccid direction of Daniel Sullivan, who hasn’t staged many musicals before, and by Lorin Latarro’s choreography, which tries to compensate with lots of busy Steven Hoggett-style movements but without any distinctive flair.

Six years ago, a chatty woman sitting next to me at another Public production struck up a conversation before our performance started. She told me she was working on a terrific new show that I had to see. It was, of course, The Visitor. And the show might have worked better if it had been produced back then instead of seeming outdated as it does now in this post-George Floyd era.

Some people will still respond to the still-urgent plight of immigrants in this country that the musical wants to tell.  But others of us will wish it had found a different way to tell it.