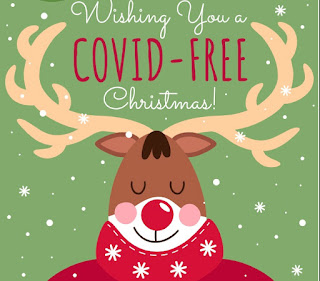 Sizing Up An Uneven and Uneasy Fall Season 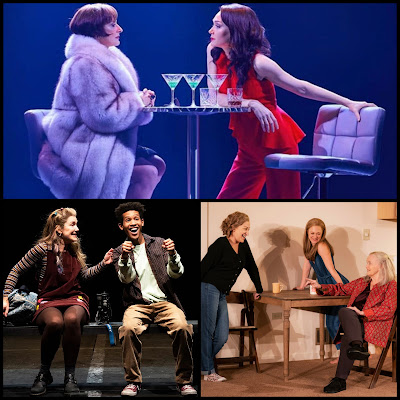 You might have thought that I’d given up on theatergoing if you’ve been checking in here to see what I had to say about this comeback season’s new shows only to discover that I’d written about just three of the productions that have opened over the past four months. It’s not that I haven’t been going.

Despite my trepidations about the coronavirus and its variants, I got my booster shot, double-masked myself, hung a mini air-purifier around my neck (the latter probably doesn’t offer much protection but it’s been a nice emotional palliative) and ventured out to a theater about twice a week. The problem is that, with a couple of exceptions, I haven’t really enjoyed most of what I’ve seen and who wants to naysay theater at a time like this when it’s scrambling to stay on its feet.

I don’t know if my lack of enthusiasm reflects my uneasiness about sitting in a closed space with a bunch of strangers, even if they do have to show proof of having been vaccinated and are required to remain masked throughout the performance. Or if it’s because producers have been saving the really good stuff for the spring season when, they assumed, the virus would be controlled and we’d all be back to normal.

Either way, the most recent shows I’ve seen— Morning Sun, Kimberly Akimbo and Company—have offered a mixed bag of experiences. Here are some brief thoughts about each of them:

MORNING SUN:  From the first moment I even heard about Manhattan Theatre Club’s production of British playwright Simon Stephens’ latest work I knew I wanted to see it because its cast consisted of the powerhouse actresses Edie Falco, Marin Ireland and Blair Brown. And I wasn’t disappointed. All three, under the sensitive direction of Lila Neugebauer, give moving performances in this portrait of a working-class woman who in the final moments of her life looks back at the good and bad choices she made.

Until recently the lives of women were mainly celebrated when they were royal, rich or the sexual objects of men's desire and some critics—mostly male ones—dismissed this everywoman story as not worthy of being dramatized. But Stephens’ determination to show that even the most mundane lives matter spoke to me. I wish I had seen this one earlier so that I could have urged you to see it. Instead, its run ends tomorrow.

KIMBERLY AKIMBO.  David Lindsay-Abaire’s dark comedy debuted back in 2003 but now he’s teamed up with composer Jeanine Tesori to create a musical version of it. The title character in both incarnations is a girl with a genetic condition that causes her to physically age at a rapid rate so that by the time she’s in her teens, she resembles a woman way past menopause and is facing the prospect of a premature death. The people in her life include her alcoholic father, narcissistic mother and a nerdy boy at school who becomes her lifeline.

I have to admit that I found myself wishing I’d seen the original because the show doesn’t really seem to need music. Luckily, Victoria Clark is on hand to lend her gorgeous voice to Kimberly’s songs and an unsentimental poignancy to her story. A fresh-faced newcomer named Justin Cooley also brings a sweet charm to her boy friend. So in the end, I had a good time and I suspect you might too. The run has already been extended to Jan. 15 and there’s talk of a move to Broadway.

COMPANY: One of the most high-profile productions of the season even before Stephen Sondheim’s death last month, this revival of his genre-redefining show that established the concept musical turned out to be the biggest disappointment for me. Perhaps that’s because I originally had such high hopes for it.

Unlike so many revivals that are done simply because a big name wants a crack at a classic part or producers feel they can cash in on a title already familiar to ticket buyers, this one had a mission: director Marianne Elliott wanted to upend Sondheim and book writer George Furth’s exploration of the romantic life of an unmarried guy turning 35 by recasting that role as a woman.

That, of course, meant other changes too. Some work (the couple getting married in the show-stopping number “Getting Married Today” are now both men) but some really don’t (the older woman friend who propositioned the male Bobby in the original, now tries to pimp her husband out to the female Bobbie).

But the biggest glitch is the revival’s star Katrina Lenk, who was wonderful in Indecent and won a Tony for playing the world-weary tavern owner in The Band’s Visit. Here, perhaps to fit in with Elliott’s concept of Bobbie as a kind of Alice in Nightmare Wonderland, she plays Bobbie as a wide-eyed naïf, which seems wrong for the role. Also neither her vocal chops nor vocal interpretation are up to the demands of such bittersweetly nuanced songs as “Marry Me a Little” and “Being Alive.”

The audience the night my theatergoing buddy Bill and I saw the show didn’t care about any of that. People cheered as soon as the lights went down and they went crazy when Patti LuPone, stepping into the role of the older woman friend made famous by Elaine Stritch, sang “The Ladies Who Lunch.”

I also appreciated the way LuPone made the song her own and a few of the other performances too (talking about you Claybourne Elder as one of Bobbie’s meathead beaus and you Matt Doyle as the reluctant bridegroom).

But my favorite part of the evening was the usher who quietly patrolled the aisles throughout the performance, reminding mask scofflaws to pull their masks up over their noses, more important than ever when covid outbreaks in their casts or crews are forcing more and more shows to cancel performances. At least nine, including the Radio City Music Hall Christmas Spectacular, have had to go dark for part or all of this pre-Christmas weekend. These are indeed uneasy times for us all...