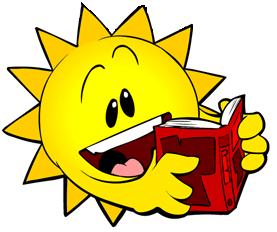 Despite what the calendar says, the beginning of summer is a personal choice. Traditionalists probably opted for June 20th, the summer solstice and the longest day of the year. But some folks no doubt jumpstarted things with Memorial Day. Others will pledge their allegiance to the long 4th of July weekend, although that’s more difficult to do this year since the holiday falls right smack in the middle of next week.

But for me, the summer begins on the first sustained sequence of days on which I can sit out on our terrace with a good drink in one hand and a good book (or one loaded on my iPad) in the other. Nine times out of ten, that book will be about theater. And I suspect that kind of reading is a summer ritual for many of you too. So, herewith my annual list of books (novels, bios, memoirs and histories) for theater lovers to enjoy over the next couple of months. As always, happy reading and happy summer:

Dropped Names by Frank Langella.  I can’t think of a better summer—or any time—read than this dazzlingly good memoir in which the great actor Frank Langella looks back at his life in short chapters devoted to his encounters with acquaintances, friends and lovers who include Stella Adler, Anne Bancroft, Noel Coward, Colleen Dewhurst, Raul Julia, Arthur Miller, Laurence Olivier, and Elizabeth Taylor, just to name a few. Langella is as elegant a writer as he is an actor.  He is also brutally honest about the failings and shortcomings of his subjects and himself.  If you've only time for one summer read, make it this one.
Lucky Break by Esther Freud.  Good contemporary novels about actors are hard to come by.  So it’s great to have this collection of interlocking stories that follow a group of British actors from their first day in drama school into the mid-career choices of their 30s. The author, who is the daughter of the painter Lucien Freud and the great granddaughter of Sigmund, eschews the psychological explorations that are her patrimony, but having been an actress, and now married to one, she still knows how to plumb the theater world and the result is  a fun beach read.


Wendy and the Lost Boys: The Uncommon Life of Wendy Wasserstein by Julie Salamon.  Wasserstein, the Pulitzer Prize-winning author of The Heidi Chronicles, was not only the leading female playwright of her generation, but the BFF of practically everyone in the theater community, including, for starters, her Yale School of Drama classmate Christopher Durang and the former Times theater critic Frank Rich.  But despite her popularity and her success, Wasserstein, who died from complications associated with lymphoma in 2006  at just 55,  was a conflicted person and Salamon is great at tracking the ups and downs of her life. Plus, the book offers an intimate look at the off-Broadway theater world when it was just coming into its own in the ‘70s.


Finishing the Hat by Stephen Sondheim.  This first volume of Sondheim’s collected lyrics is filled with details on how the master put together songs for such classic shows as West Side Story, Gypsy, Company, Follies and Sweeney Todd. It’s fascinating to learn about his fondness for writing choral numbers, the private jokes he tucks into his lyrics and why he chooses some rhymes over others. Also included are a few anecdotes about his collaborators and comments on some of the songwriters who came before him; those stories and insights are so terrific that I wish there had been even more of this semi-gossipy stuff.


Tempest-Tost by Robertson Davies.  The acclaimed Canadian writer's first novel, written back in 1951, is the droll tale of an amateur theater group’s production of The Tempest.  It’s filled with familiar types from the bossy ex-actress who leads the group to the Walter Mittyish accountant who dreams of a starring role to the dotty old makeup woman who can no longer see. People who love “Slings and Arrows,” the terrific Canadian TV show about a theater festival, should really get a kick out of this book.


Great Producers: Visionaries of the American Theater by Iris Dorbian.  Truth be told, this isn’t a truly great read (it’s riddled with typos and grammatical faux pas too) but it is a good introduction to some of the major Broadway showmakers of the last 100 years.  And it’s filled with chatty anecdotes about a dozen or so top producers from David Belasco, the most powerful man on Broadway at the turn of the 20th century, straight through to Barry and Fran Weissler, who’ve not only managed to keep the current revival of Chicago going for 16 years but used some of the profits to finance boundary-busting shows like Enron and The Scottsboro Boys.  It's an easy way to brush up on your theater history.

David Merrick: The Abominable Showman by Howard Kissel.  Probably the last Broadway impresario to be a household name across the country, Merrick also had a reputation among Broadway insiders for being something up a prick.  And, as the subtitle suggests, that’s the part that theater writer Howard Kissel emphasizes in his look at Merrick’s remarkable career, in which he sometimes opened up to nine shows a year, including the original Broadway productions of Look Back in Anger, Gypsy, and Hello Dolly. Kissel, who died earlier this year, packed this bio with Merrick’s feuds, publicity coups (most famously running an ad with raves from regular people who had the same names as New York's top theater critics) and other shenanigans. It’s catnip for theater lovers.

The Season by William Goldman.  As regular B&Me readers know, Goldman’s behind-the-scenes account of the 1967-68 Broadway season has appeared on this list each time I've done it. And I have to confess that I considered leaving if off this year but then I just couldn't make myself do it.  After all, if you haven’t read it, you should.

And for those wanting still more, here are the links to my previous summer reading suggestions:
2011

Thanks for the reading list! You inspired me to get some theater books for the summer. Yesterday I ordered one about theater camp and another about Judy Garland called "Get Happy".

Bartley, thanks for taking the time to leave a comment. I think "Get Happy" is the best of the Garland bios (although her daughter Lorna Luft's memoir, "Me and My Shadows" is pretty good too). I can't say enjoy the read because there's so much sadness in Garland's life but I really think you'll find it worth your while. And there's also a DVD about the kids' camp that's called "Camp." It isn't as good as "Theater Geek" but it's still fun. So happy reading, happy watching and Happy 4th of July, jan