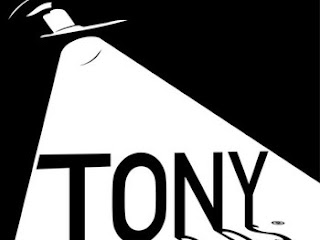 Tomorrow is Tony Day, which will mark the end of the 2011-2012 awards season. And it’s been a good one because there’s been no monster hit to suck all the oxygen—
and the suspense—out of the race the way The Book of Mormon did last year.  Plus the nominees are all so worthy in some categories that I’d be happy with a five-way tie.

The awards leading up to the Tonys often shed some light on who the frontrunners might be.  But since many of the other groups that give out prizes consider shows both on and off Broadway, there’s still room for those back in the pack to hold on to their hopes for a last-minute surge.

The New York Drama Critics’ Circle, which announced its picks back at the beginning of May, only gives out four awards and gave its top prize for Best Play to Sons of the Prophet, the terrific play by Stephen Karam that ran off-Broadway at the Roundabout Theatre Company’s Laura Pels Theatre. But that group’s choice for Best Musical is Once, which, although it began as an off-Broadway production, is now playing on Broadway at the Bernard B. Jacobs Theatre.  The critics are totally transparent about their voting process and you can check it out here.

The Drama Desk, a group of New York-based theatre writers, editors, critics and columnists, is more generous with its number of awards and honored more than a dozen shows this year. But it, too, chose an off-Broadway show, Tribes, for Outstanding Play.  Its Outstanding Musical award also went to Once, which got three other awards (Outstanding Director, Lyrics and Orchestration) as well.

Danny Burstein scored a second Drama Desk win for Follies by taking the prize for Outstanding Actor in a Musical. But Gore Vidal’s The Best Man, Nice Work If You Can Get It, Other Desert Cities, Newsies The Musical, and even the poorly-reviewed Ghost The Musical all walked away with at least one prize during last Sunday’s black-tie ceremony at Town Hall. Click here for the entire list.

The Outer Critics Circle, a group of critics who work for publications outside New York or primarily online (I’m a proud member) gave out awards at a less formal, pre-show supper at Sardi’s a couple of weeks ago. We solve the Broadway versus off-Broadway dilemma by simply giving out separate awards for each.

Like the Drama Desk, we rewarded Audra McDonald, James Corden and Tracie Bennett for their work, which I suppose means they now hold a slight edge over their nearest Tony rivals (respectively Once’s Cristin Milioti, Death of A Salesman’s Philip Seymour Hoffman and the it-could-be-anyone line-up of Nina Arianda for Venus in Fur, Stockard Channing for Other Desert Cities, Linda Lavin for The Lyons  and Cynthia Nixon for Wit).

But we spread around our approbation too.  Over a dozen shows won at least one award, including Spider-Man: Turn Off The Dark, which got recognized for its sets and costumes. Click here to see all our winners.

The OCC awards ceremony is a fun event because we voters sit at tables with the winners.  Last year, my husband K and I got to sit with Frances McDormand who won the Best Actress prize for her performance in Good People; she was a hoot.

K, who is still mending slowly from a back injury, couldn’t make it this year so my theatergoing buddy Bill took his place. Our tablemates included the very amusing Enda Walsh, who wrote the book for Once, and a very sweet Christopher Gattelli, who choreographed Newsies, the other main contender in the Best Musical category. Bill and I had a great time.

But I had just as good a time at the Theatre World Awards that were held at the Belasco Theatre this past Tuesday afternoon. These awards date back to 1944 but the thing that makes them really special is that each year they go to 12 actors (six men and six women) who’ve made outstanding debuts off-Broadway or on Broadway.

Winning that award is, in effect, an official welcome to the New York theater community and past winners include everyone from the legendary Betty Comden, who was in the first group, to the up-and-coming Bobby Steggert, who won just two years ago.

A seven-member committee of theater critics and writers now decides who should get the awards and past winners come back to present them. Both winners and presenters are encouraged to tell entertaining anecdotes and you can get high on all the comity in the air.  Or at least I did.

This year’s winners included five actors who are also Tony nominees.  They include the now ubiquitous Tracie Bennett; Phillip Boykin who plays the villainous Crown in Porgy and Bess; Jessie Mueller, the standout in the short-lived On A Clear Day You Can See Forever; Josh Young, who plays Judas in Jesus Christ Superstar and Jeremy Jordan, nominated not for his starring role in Newsies but for his starring role in the earlier but short-lived Bonnie & Clyde.  You can see the entire list by clicking here.

I’m not going to burden you with my thoughts on who will win or should win on Sunday night because there are already plenty of those predictions out there, including this one from yesterday’s New York Times. You can also click here for a downloadable ballot with the names of all the Tony nominees, courtesy of Playbill.

However I do want to point you to two pre-Tony pieces that you may have missed but that are definitely worth your while.  In the first, longtime theater writer David Rooney offers “Ten Good Reasons to Watch the Tonys.”  If you’re reading this—and have read this far—you don’t need any convincing but the piece is still a great all-you-need-to-know guide to tomorrow night’s show (click here to find it).

In the second, the always entertaining Lucky and the Mick at The Craptacular blog channel their inner Joan Rivers and provide a visual guide to some of the best and worst in Tony runway fashion from the past few years (click here to see them).

And, finally, below are the winners of one more award, the Patrick Lee Theater Blogger Awards.  It’s given out by The Independent Theater Bloggers Association, or ITBA, the group of theater watchers who express their opinions online and of whom I’m also a proud member.

The awards (the Patricks for short) are named in honor of our late colleague Patrick Lee, a founding member of the group and our first awards director. You’ll see some now-familiar names on our list but some surprises too:

OUTSTANDING OFF-OFF-BROADWAY PLAY
Samuel & Alasdair: A Personal History of the Robot War, by The Mad Ones, at The New Ohio Theatre
&
She Kills Monsters at the Flea Theatre

CITATION FOR EXCELLENCE IN OFF-OFF BROADWAY THEATRE
The Flea Theatre

Thank you for not giving Tony predictions. Moreso this year than previously (because I have two friends among the nominees, and because it's a presidential election year), I've become more aware of the parallel between theater pundits and political pundits, and how little each ultimately know.

And thank you for taking the time (particularly on Tony day!) to leave a comment. I hope this evening goes well for your nominated friends. Cheers, jan