An "I Remember Mama" Worth Remembering 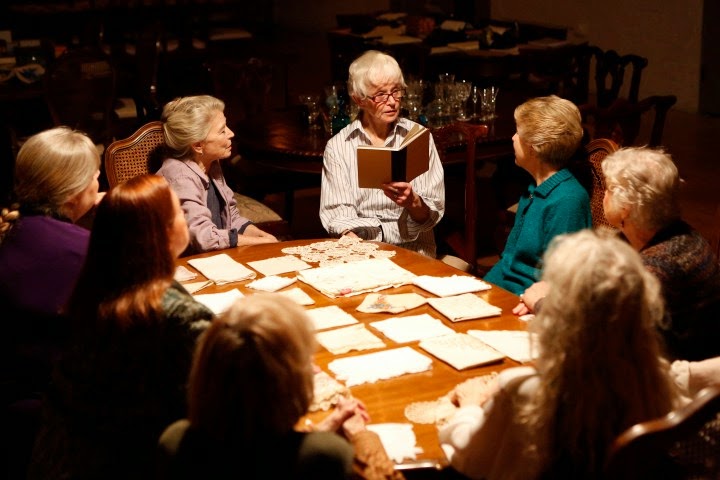 Back in the days when both writers and audiences prized loving families as much as dysfunctional ones, people couldn’t get enough of the Hansons, a poor but close-knit clan of Norwegian-American immigrants living in San Francisco during the 1910s.

They were the subject of the bestselling memoir “Mama’s Bank Account,” which was adapted into the 1944 John Van Druten play I Remember Mama (in which Marlon Brando made his Broadway debut) the 1948 movie starring Irene Dunne, a TV show that ran for eight years and the last musical that Richard Rodgers wrote before he died in 1979.
Now, they’re back in a high-concept revival of Van Druten’s play that the Transport Group Theatre Company opened last Sunday in The Gym at Hudson. And I couldn’t be more pleased.
The film was one of my favorites when I was a kid. The “Million Dollar Movie,” the TMC of my youth that ran one movie for a whole week, showed it often. And I watched it so many times that the characters are still as familiar to me as those in my own family.
So I was initially worried when I read that all the members of the family—male, female, young and old, from the tomboy baby sister Dagmar to the gruff old family patriarch Uncle Chris—were going to be played by women old enough to qualify for Medicare.

And the first few minutes did seem gimmicky. The playing space in the old gym has been filled with 10 dining room tables, each filled with props referenced in the plot—one was covered entirely with vintage typewriters, another with old books, a third with cash boxes like the one in which the titular character kept the money the family used to pay its bills.
The 10 actresses in the cast walked on dressed in contemporary slacks and tops and wearing only the most minimal makeup. But none of it mattered as the scenes unfolded, a series of vignettes detailing the kind of funny and sad moments that make up the collective memory of every family and that become dearer over the years with each retelling.

Only two of the actresses play single characters: Barbara Barrie, now 82 but somehow totally believable as the teenage Katrin who yearns to be a writer, and Barbara Andres, 74, warm and unflappable as Mama.

The other eight slip convincingly in and out of multiple roles—slightly deepening the voice to play Papa, eldest brother Nels or the British boarder who reads classic books to the family in the evening, or straightening their spine to portray the haughtiness of the busybody aunts Jenny and Sigrid or the quiet dignity of Uncle Chris' mistress Jessie.

Actresses, particularly older ones who too often get cast as dowdy grannies in dramas and randy ones in comedies, get so few chances to show off all that they can do. And it’s evident that, under the encouraging direction of Jack Cummings III, all 10 of these vets are relishing the chance to fill a stage with their talent and love of their craft.
I was totally charmed. But I was also a little angry that playwrights aren’t creating more parts for women like these—or that matter, for their younger sisters.  It may have made sense that Shakespeare, writing for a troupe of all-male actors, wrote so comparatively few strong female parts.  But there’s no excuse for the playwrights of today. Not when actors like these are around and creating memorable moments in the theater like this.