Why "A Walk in the Woods" is Worth the Trip 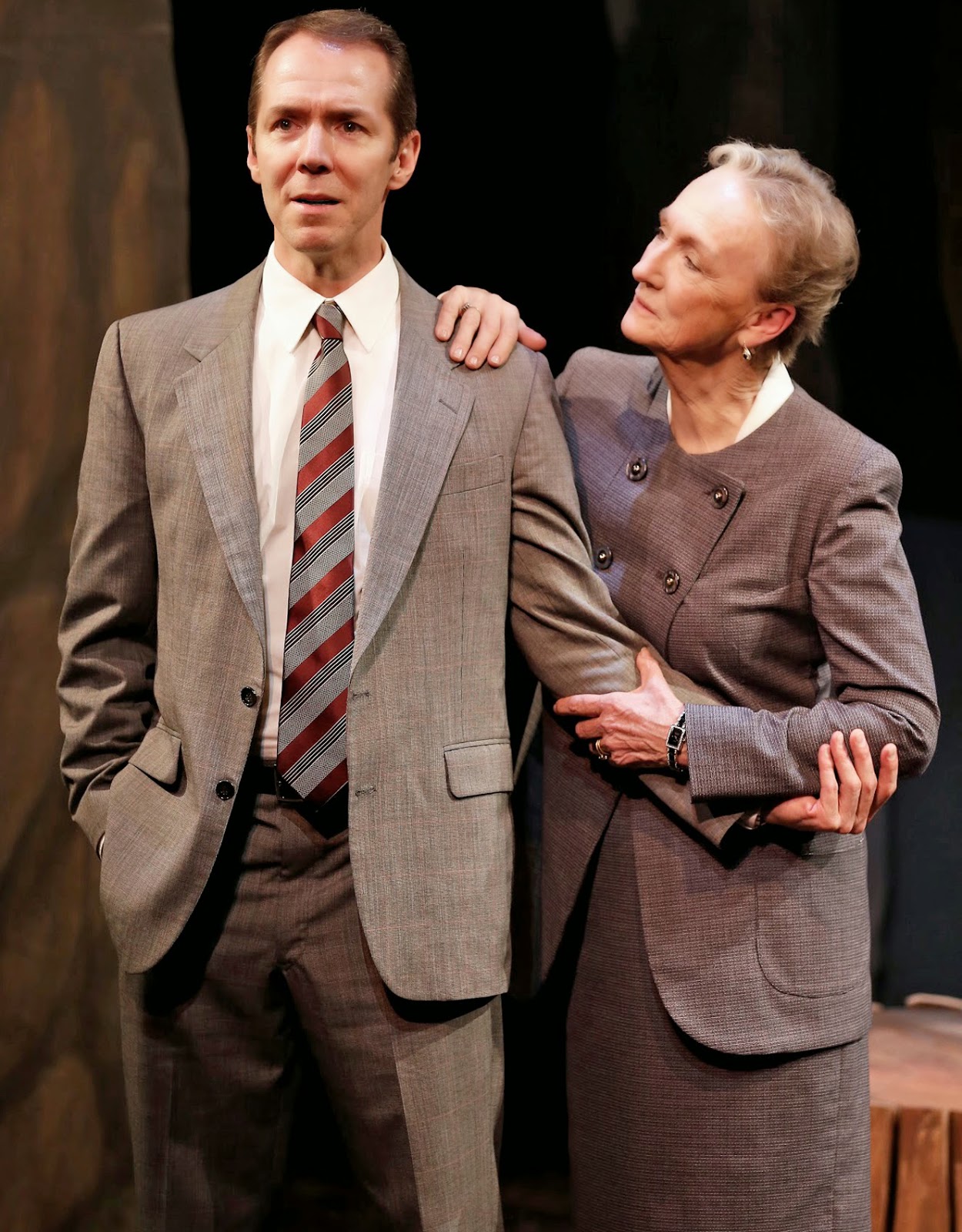 Kathleen Chalfant sits high on my list of the actors who I will see in almost anything (click here to see the whole list). And she’s as amazing as ever in the Keen Company’s revival of A Walk in the Woods, the 1988 Lee Blessing play about arms negotiations that opened at The Clurman on Theatre Row this past week.

The two-hander, set in the days of the Cold War between the U.S. and the Soviet Union, was both a Tony nominee for best play and a Pulitzer Prize finalist. But it seems a bit musty now, even though some of the old hostilities between the two countries are heating up and Putin is yearning to put the USSR back together again.

Director Jonathan Silverstein has smartly added some contemporary fizz to Blessing's talky drama by changing the Russian negotiator from a man to a woman, as if in acknowledgment of the growing presence of women at the highest levels of world affairs from the International Monetary Fund’s managing director Christine Lagarde to our own former secretary of state Hillary Clinton.

The play's text seems the same, except for the necessary pronoun substitutions, but the gender change subtly affects both the personal and political dynamics between the characters. Chalfant is as menschy as the late Robert Prosky was in the original Broadway production but her Irina Botvinnik also displays the qualities that so many high-powered women amass in their arsenals.

She makes Irina girlish and flirty one minute; tough and schoolmarmish the next. And she beautifully conveys the wistfulness of a woman who has made personal sacrifices for the sake of her professional career and an almost maternal compassion as she tries to mentor her younger American counterpart. (click here toread about how she created the role).

In fact, Chalfant's performance is so convincing that my husband K, who had never seen A Walk in the Woods before, said he couldn’t imagine a man playing the part.

Paul Niebanck works hard and does a nice job with the role of the American negotiator (played by Sam Waterston in the original production) but he is, like his character, outclassed by his more experienced partner.

The rest of the production—the set (cardboard trees, a few video projections) and the costumes (simple suits and coats to signal the change of seasons)—is modest but effective. Chalfant supplies the magnificence.

Labels: A Walk in the Woods