Love Overcomes All in "Outside Mullingar" 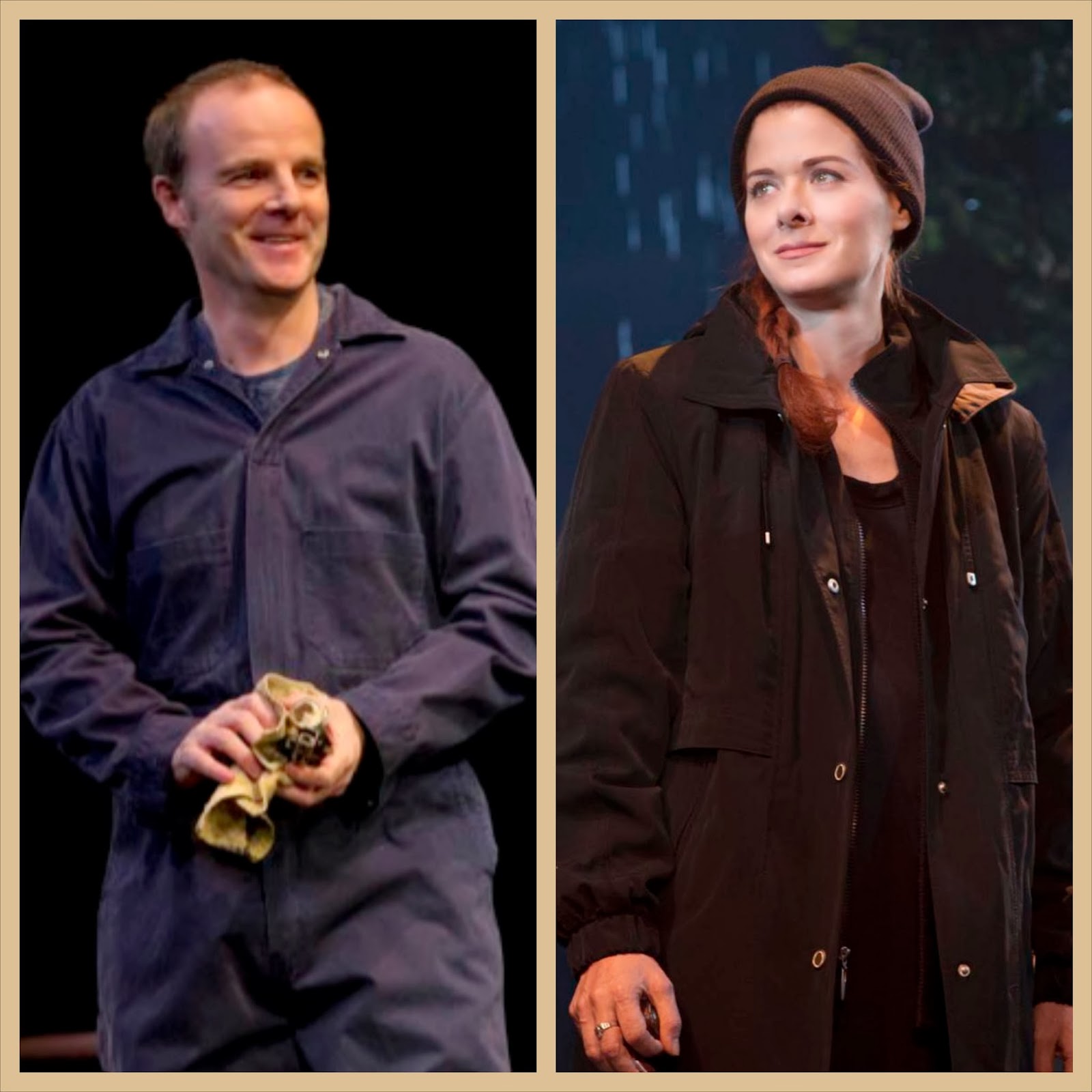 Plays about the Irish so often portray their characters in such a twee way that you’d think they were just one step removed from leprechauns. And I feared I was in for more of that kind of blarney during the first few minutes of Outside Mullingar, the new romantic comedy by John Patrick Shanley. But then I got charmed.

Outside Mullingar, which is set on two adjoining farms in the Midlands of Ireland, isn’t a serious, thought-provoking work like Shanley’s Pulitzer-Prize winning play Doubt. And it’s as predictable as any other rom-com, including the 1987 movie “Moonstruck,” which won Shanley an Oscar for his script and to which even he has compared this new romance (click here to read a piece he did on why he wrote this play).
But what Outside Mullingar has going for it is an eagerness to entertain and ingratiating performances by all four of its cast members.

Here’s the plot: Anthony Reilly and Rosemary Muldoon have been neighbors all their lives and even though Rosemary, now pushing 40, has been pining for him since she was 6, neither has married. Now their parents are dying (the play opens right after the burial of her father) and decisions have to be made about what will happen to the land since the apparent heirs seemed destined for spinsterhood.
The action unspools over a few years and there’s a touching deathbed scene between Anthony and his father, played by the character actor Peter Maloney, who is clearly delighted to have been given something he can sink his teeth into and makes a nice meal of it. And Dearbhla Molloy is equally affecting as Rosemary’s fatalistic mother.

Despite all the talk about death, doom and real estate, Shanley packs in plenty of laugh, or at least chuckle, lines. But the best moment in this 95-minute love story is the sweet climactic scene he's crafted for the would-be lovers.

Brían F. O’Byrne, so terrific as the priest in Doubt, stumbled as Jake Gyllenhaal's brother in last season’s If There Is I Haven’t Found It Yet. But he is back in top form as the socially awkward Anthony, portraying both the decency and the dignity of a simple man who yearns for happiness even while he fears it (click here for an interview with the actor).

The more extroverted Rosemary is played by Debra Messing, who hasn’t been on the New York boards since the Manhattan Theatre Club's original production of Collected Stories back in 1997, before she got cast in the hit sitcom “Will & Grace.” But the raven-haired actress hasn’t lost her stage chops and she shines in her Broadway debut.

Messing makes Rosemary’s blunt speech and tenacious passion both amusing and poignant and she even manages a brogue that compares favorably with that of her Irish-born co-star's (click here to read about her).

Anthony and Rosemary’s coming together is almost marred by a final bit of whimsy that Shanley apparently couldn’t resist adding. But under Doug Hughes’ steady direction, O’Byrne and Messing keep the show grounded.

No one would call Outside Mullingar, which is running at MTC’s Samuel J. Friedman Theatre through March 16, a major work.  But not every play has to be.  Sometimes, a theatergoer just wants a bit of pleasure. And this romantic tale offers plenty of it.