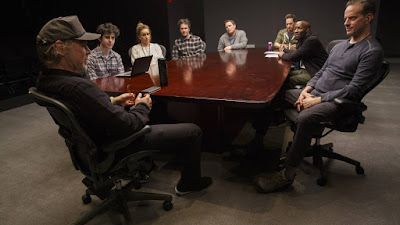 Josh Charles may be the most familiar face in the cast from his days on TV's "The Good Wife" (I actually bumped into him at Sardi's and got to tell him how much I enjoyed his performance in the play) but this is an ensemble piece and each actor creates a distinct individual recognizable to anyone who's ever been trapped in the purgatory of an office meeting. And maybe the decisively enigmatic The Antipodes is about that too.