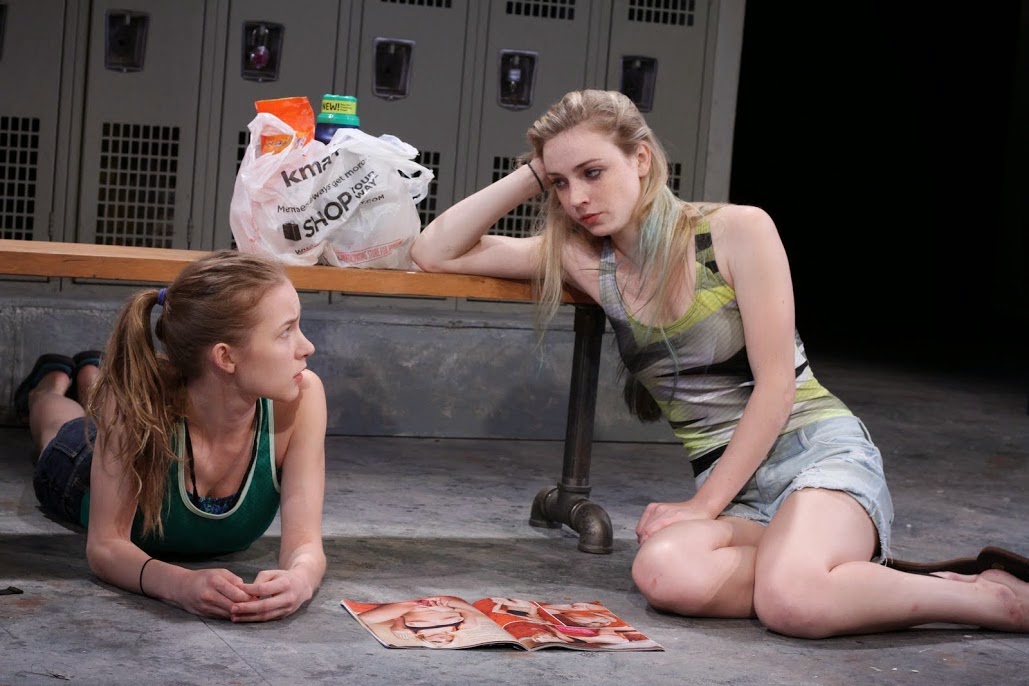 Ruby Rae Spiegel is only 21 and just starting her senior year at Yale but she’s already had two plays professionally produced in New York and has gotten the kind of reviews that a playwright would kill for at any age.

"Few things are as bracing as the shock of new talent,” is how the New York Post critic Elisabeth Vincentelli opened her review of Dry Land, Spiegel’s second play, which is running at Here, down in SoHo, through Sept. 27.  In his rave review, the New York Time’s Ben Brantley declared the play “remarkable.”
And you’re not going to hear much differently from me. I may not have been as gob-smacked by Dry Land as Brantley and Vincentelli were (the end was a bit fuzzy for me) but it’s clear that Spiegel has an ear for the way people talk and an eye for the inconsistencies in the way they behave that make them human.

Now here’s where I must confess to a special rooting interest in Spiegel’s career: I wrote the first profile of Ruby when her first play debuted in the Summer Shorts festival back in 2011 (click here to read that earlier piece) and found the young playwright to be just as bright and winning as her work, which, at least so far, has focused on the lives of teen girls struggling to figure out who they are.
The central characters this time out are Amy, a Queen Bee-type, who has gotten pregnant by a boy she says she no longer likes; and Ester, the insecure newcomer at their Florida high school that she’s recruited to help with a DIY abortion plan.
So all the elements are in place for Dry Land to be a drama about mean-girl bullying, a morality play about whether or not to have an abortion or a comedy about the silly ways in which the girls try to get rid of the baby only to discover that Amy isn’t really pregnant after all. Spiegel chooses none of these.
Instead, she uses the unwanted pregnancy as a kind of McGuffin to explore the constantly shifting dynamics of friendship between girls on the slippery edge of young womanhood. But the smartest decision Spiegel and her director Adrienne Campbell-Holt made was to resist the temptation to make Ester the clichéd loser who'll do anything to hang with the cool kids.
To the contrary, Ester’s the star of the school’s swim team (most of the action takes place in the girls’ locker room, nicely rendered by John McDermott). She’s also just as pretty as Amy. In the one scene outside the locker room, Ester has an encounter with a college guy who’s clearly into her. And in many ways she’s better prepared than Amy for the responsibilities of adulthood.
That becomes apparent in a climactic scene that comes near the end of this 90-minute piece. In the very capable hands of Sarah Mezzanotte, who plays Amy, and Tina Ivlev, who plays Ester, it’s as powerful as anything you’re likely to see on the stage this fall.
In fact it’s so intense that an older patrician woman sitting near me clenched her eyes shut during the whole of it and then bolted out of the theater as soon as the play ended. I wandered out more slowly, ruminating on what I'd just seen and looking forward to what Spiegel might do next.