Hey, It's a Broadway & Me Book Giveaway 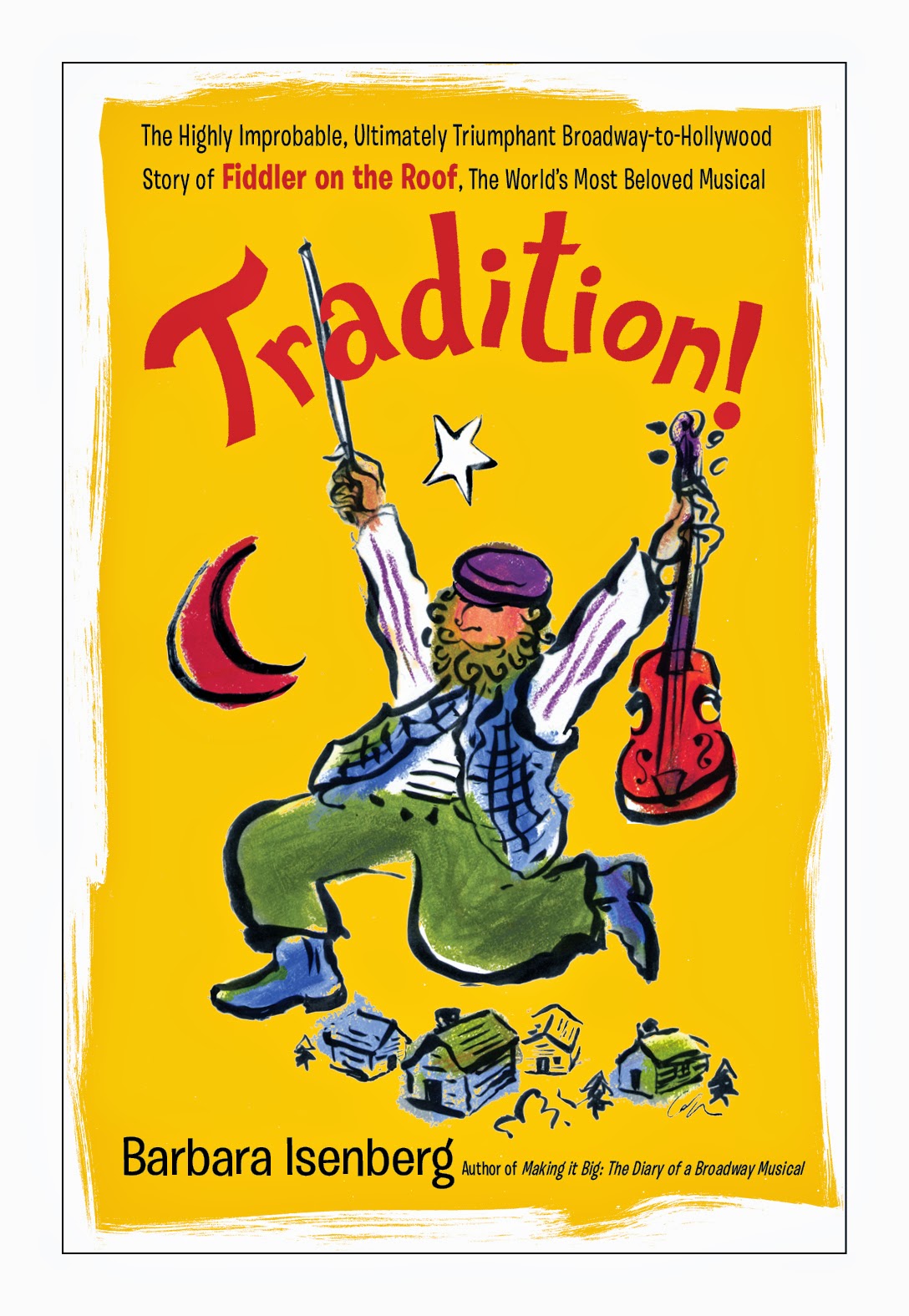 It may not be a groundbreaking musical like Oklahoma, Hair or Company, but it’s hard to find a show more beloved than Fiddler on the Roof, which opened 50 years ago this month.

That original production ran for over 3,200 performances and the show has had four Broadway revivals since then.  But that doesn't count the legions of high school, community theater and summer camp productions that have sung and danced their way through the story of the Jewish milkman Tevye and his endless struggles to hang onto a traditional way of life.

To commemorate Fiddler's 50th anniversary, my friend Barbara Isenberg has written “Tradition,” a new book on the making of the show, its most noteworthy subsequent productions and, of course, the 1971 film.

I’ve just started the book, which only came out yesterday, but I've already gotten a kick out of discovering that the Sholom Aleichem stories on which Fiddler is based had previously been adapted into a musical called Tevye's Daughters that Richard Rodgers and Oscar Hammerstein actually considered producing for Broadway.

But I'm getting an even bigger kick out of the fact that Barbara and her publisher are giving me the opportunity to give away a copy of the book to one of you.
Here's how you can get it: email the name of Tevye’s village to me at jan@broadwayandme.com by midnight this Sunday, Sept. 7.

I’ll put all the right answers in a hat and, as usual, have my husband K pluck one out. Then I’ll announce the lucky winner next Wednesday.
Mazel tov.