Monday is Labor Day, which for some folks means that the summer is winding down, for others that the school year is starting up and for us theater lovers that a new season is just around the corner. 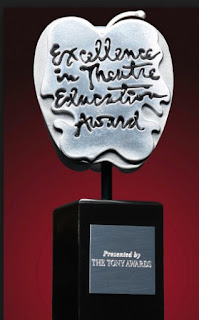 And here at Broadway & Me, it also means that it’s time for my annual tribute to some of the people whose labor makes the theater work. Over the years, I’ve cheered actors and playwrights, composers and casting agents. Last year I celebrated the seamstresses, wigmakers, set builders, pit musicians and all the others who fill the ranks of what some call “Blue Collar Broadway” (click here to read that). But I want to put the spotlight on a very different unsung group this year: high school drama teachers.

The job isn’t glamorous but it’s an invaluable part of the theater ecosystem. Just about everyone you see on a stage remembers some teacher who spotted his or her talent and nurtured it. Of course, not everyone in the senior class play is destined for—or even wants—a career on the Great White Way. But the empathy theater educators teach, the collaborative spirit they encourage and the respect for the power of art they champion are valuable for everyone, particularly in these coarse times.

And recently, those first-line scouts have been getting more and more of the recognition they deserve. Three years ago, Carnegie Mellon University, The Broadway League and the American Theatre Wing (on whose advisory board I’m proud to sit) joined forces to create the Excellence in Theatre Education Award which honors K-12 theater teachers.

The apple-shaped statuette also comes with a $10,000 check for the winning teacher’s program, an all-expenses paid trip to the Tony Awards ceremony and a shout-out on the show. This year’s honoree was Rachel Harry, who for 30 years has taught at Hood River Valley High School in Oregon. Her productions have ranged from such school stalwarts as The Tempest and Our Town to Does My Head Look Big in This, a contemporary piece about a Muslim girl who decides to wear a hijab while attending a U.S. high school (click here to read more about Harry).

And Harry's not the only out there doing good work. In 2015, journalist Michael Sokolove published “Drama High,” about Lou Volpe, who has devoted four decades to the drama program at Harry S. Truman High School in Levittown, Pennsylvania. The town has fallen on hard times as factory jobs have disappeared and resources are low but Volpe has lead his students to repeated wins at the International Thespian Festival where the best high school productions from around the country compete each year (click here for more about the book). 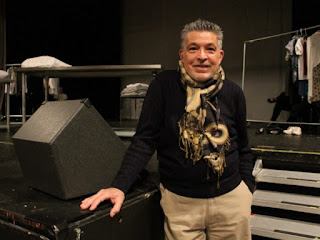 Indeed, Volpe, who had no formal theater training before he began directing school shows, has been so successful at it that Music Theatre International, the agency that licenses rights to shows from The Music Man to Avenue Q, commissioned him to adapt Rent (a show that deals with AIDS, drug use and same-sex relationships) and Spring Awakening (a show that includes incest, abortion and suicide) so that they might be made more suitable for school audiences but without losing their distinctive style or diluting their powerful messages.

But the best testament to the work that Volpe and his fellow practitioners do may be the fact that NBC has given the green light to “Rise,” a new hour-long show about a high-school drama teacher that’s inspired by Volpe’s life.

Scheduled for a midseason premiere next winter, its prospects are promising because “Rise” is co-produced by the guy who did the terrific high school football drama “Friday Night Lights” and by Broadway producer Jeffrey Seller, whose credits include Rent, Avenue Q and Hamilton.

The actor Josh Radnor will play Volpe. Sort of. The real Volpe came out years ago but, according to the press notes, although the TV version has the same name, he now also has a wife and three kids. That’s too bad. But hopefully what will remain is the underlying message that high school drama teachers can make a difference in the lives of their students, schools and communities. And that’s something to celebrate this Labor Day and throughout the year.