"The Long Shrift" is Short on Satisfaction 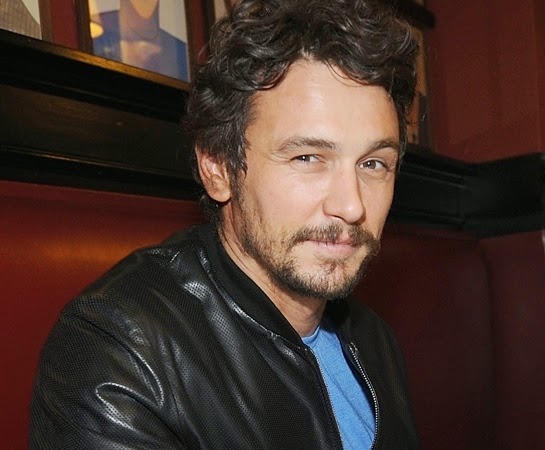 In another era, James Franco might have been hailed as a Renaissance man. Over just the past four years, he has appeared in some 30 movies; co-hosted the Oscars, turned up on several TV shows, including a recurring role on the daytime soap “General Hospital;” directed several films, including a documentary about “Saturday Night Live;” taught filmmaking classes at NYU, USC and UCLA, staged a performance art piece at the Museum of Contemporary Art in Los Angeles, published a collection of short stories and one of poems, volunteered at a children’s hospital, worked on a Ph.D. in English at Yale, maintained an active Twitter account (over two million followers) made his Broadway debut in the current revival of Of Mice and Men and directed his first play, The Long Shrift, which is playing at Rattlestick Playwrights Theater through Aug. 24.

But such prodigious activity is suspect in our more cynical times and, with the exception of the Oscar and Golden Globe nominations he picked up for the 2010 film “127 Hours,” the prevailing attitude toward Franco has been not to praise him but to mock him as a dilettante (click here to read The New York Times review of his recent poetry collection).
I'd vowed to resist the temptation to join in the hooting but that may be a losing cause. Franco more than held his own with his sympathetic portrayal of George in Of Mice and Men (click here to read my review) but his direction of The Long Shrift can only be described as shaky at best.

Playwright Robert Boswell has focused on the hot-button issue of date rape. High school classmates Richard (the brooding Franco-look-alike Scott Haze) and Beth (the young Ahna O’Reilly, making her off-Broadway debut) hook up at a party. Afterward, she accuses him of assault. He says it was consensual. The bruises on her body are the deciding factor for a jury and he is sent to prison.
The play opens with his parents moving into a crummy apartment after having sold their home to pay his legal bills. The dad, nice-guy Brian Lally,  steadfastly believes in the son’s innocence and visits him weekly. But the mom, played by an almost unrecognizable and somewhat shrill Ally Sheedy, suspects Richard may be guilty and refuses to see him. 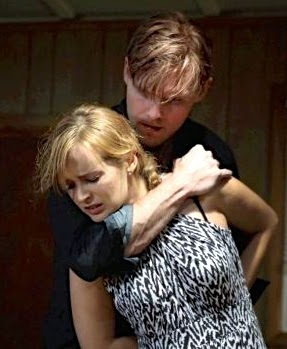 By the second scene in this 95-minute melodrama, 10 years have passed, the mom has died, Richard is out on parole and Beth shows up at the apartment to make unwanted amends. Also on hand is the clueless organizer of the school’s reunion who thinks a reconciliation between Richard and Beth would make a perfect centerpiece for the event.
That last bit is ludicrous. And, so unfortunately, is much of the rest of the play. Which is too bad because underneath the nonsense, are some honest attempts to examine the gray area between what he said and she said and what he did and she did in these situations.

A better director might have helped clarify those observations, encouraged the playwright to rethink some of the sillier plot points and gotten more unified performances out of the actors, each of whom seems to be performing in a separate play.
But Franco doesn’t provide that kind of guidance and it’s no surprise that he didn’t because while his actors were in previews, the time when kinks are traditionally ironed out, he was uptown performing in his own show, which ends its run tomorrow.

Perhaps the best thing that can be said for The Long Shrift is that it may teach Franco, who is both talented and smart, that there are limits to what one man can do. Even a polymath like the sculptor, painter, architect, poet, and engineer Michelangelo would have had a hard time turning bring the Sistine Chapel to vivid splendor if he hadn’t been there to lay on the paint.