Broadway—Many Kinds of Media—& Me 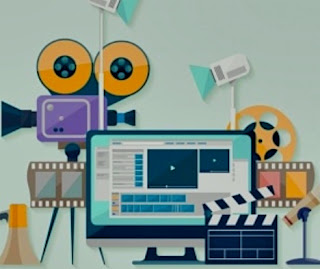 For the second time this month, there will be no regular post here. It’s not because there haven’t been shows to see and talk about: although it will be weeks before anything new opens on Broadway, a steady stream of comedies, dramas and musicals have been opening off-Broadway. And I’ve been fortunate enough to see a good number of them. But I’ve been busy in other ways too and so instead of posting a review as I usually do, I’m going to share some of that other stuff with you.

The Monday after the Tony Awards ceremony, my friend Patrick Pacheco invited me to record an episode of his TV show “THEATER: All the Moving Parts” to talk about the Tonys and the future of Broadway. I was in great company because also on the panel were Helen Shaw, the theater critic for New York magazine; and Adam Feldman, the theater editor for Time Out New York and the longtime president of the New York Drama Critics Circle. We all had a lot to say and we discovered that each of us was a card-carrying member of the fan club for the incredible Deirdre O’Connell, who delighted us all when she won the Tony for Best Actress in a Play for her performance in Dana H., Lucas Hnath’s play about his mother’s kidnapping by a white supremacist. You can watch our discussion by clicking here.

A couple of days before that, BroadwayRadio released the latest installment of “All the Drama,” my podcast about plays and musicals that have won the Pulitzer Prize for Drama over the years. This recent episode focuses on the 1995 winner, Horton Foote’s The Young Man From Atlanta. I was lucky enough to get Ben Brantley, the former New York Times theater critic and a longtime Foote fan, to talk with me about Foote and his play.  You can listen to our conversation by clicking here.

Meanwhile, I was so taken with one of those new shows I saw, Queen, a drama about two female scientists whose careers and friendship are jeopardized when one finds an error in their research, that I knew I wanted to talk more about the show with its playwright Madhuri Shekar. So I restarted "Stagecraft," my old podcast in which I regularly talked with playwrights and musical book writers but that I had to put on hiatus when Covid shut down theaters in the city. I was delighted—but not at all surprised—to find that Shekar is just as smart and lively as her play is.  You can check out what she had to say by clicking here.

Finally, James Marino, the head of BroadwayRadio, has invited me to join him and regular commentators Peter Filichia and Michael Portantiere on this Sunday’s episode of “This Week on Broadway” to talk about some of the shows we’ve seen over the past couple of weeks and you’ll be able to listen to that by clicking here.