What's Missing in the Theater District? 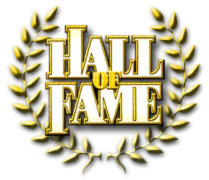 It's summer vacation time and tourists, who account for over 60 percent of Broadway's ticket buyers, have been streaming into the city, eager to see shows ranging from tried-and-true war horses like Wicked and The Phantom of the Opera to newly Tony-minted hits Harry Potter and the Cursed Child and The Band's Visit. I'm happy for those theatergoers but I wish there was something else for them to see, something like a museum dedicated to Broadway.

My wistfulness isn't new. I've been yearning for such a place for years. But that longing intensified with a recent visit to Cooperstown, New York, where my husband K and I spent a full day at the National Baseball Hall of Fame and Museum. I'm not much of a sports fan but by the time I made my way through all three floors of memorabilia and over 100 years of the sport's history, I found myself really wanting to see a ballgame and totally envious that a similar place doesn't exist for theater.

Now there are places in New York where you can find exhibits about Broadway history. Both the Museum of the City of New York and the New-York Historical Society have theatrical treasures in their collections and they occasionally display some of them, such as the museum did with its terrific survey of Yiddish theater in 2016 and the Historical Society with its tribute to the legendary theatrical cartoonist Al Hirschfeld in 2015.

The New York Public Library for the Performing Arts offers an even more steady diet of theater-related exhibits. The one it did on Noel Coward in 2012 was one of the most informative and entertaining museum shows of any kind I've ever seen. The Library's currently hosting a small tribute to Richard Rodgers and Oscar Hammerstein that will be on view through Sept. 25.

But none of these venues are in the Theater District so only the most determined tourists are likely to seek out their shows. The one geographical exception is the American Theatre Hall of Fame, which makes its home at the Gershwin Theatre, where Wicked has been playing for the past 15 years.

Founded in 1972 to honor the careers of significant theater professionals, the hall's members include actors like Audra McDonald and playwrights like Tina Howe, as well as producers like Daryl Roth and even theater critics like Ernie Schier, a  co-founder and the first chairman of the American Theater Critics Association (of which I'm a proud new member).

All of those folks in the previous paragraph were inducted into the Hall of Fame last fall and their names are now inscribed alongside past honorees on the walls of the Gershwin. I’m told that a collection of memorabilia from past winners is assembled there too. But my guess is that only the most die-hard theater fans even know that any of it is there. And most of them can't see those displays even if they know of their existence because the space is only accessible to people paying to see Wicked.

What the names on the wall and the artifacts on display need is a place of their own where Broadway and its history can be widely appreciated. The space doesn't have to be as big as the one baseball has in Cooperstown but it shouldn't be a cheesy throwaway either. The best museums today are interactive affairs that offer visitors a variety of ways to interact with the subject they're celebrating.

Wouldn't it be great if some of the crowds roaming through Times Square had a nearby place to go where they could see the costumes Patti LuPone and Laura Benanti wore in Gypsy, hear songs that were cut from the original production of In the Heights, see drafts of the script for A Raisin in the Sun or learn about the achievements of the names on that Hall of Fame wall?

A reasonable admission fee could make it enticing for even a casual theatergoer. Docents from all parts of the theater community could share their enthusiasm for live theater. And Broadway performers might even pop in every now and then to add extra excitement. Heads snapped around when the recently-retired outfielder Carlos Beltrán walked through one of the galleries the day K and I were at the Baseball Hall of Fame.

I'm willing to bet that a conveniently located museum that offered a truly visceral sense of Broadway (after all, who can put on a better show than Broadway folks) would have a lot of its attendees leaving the same way I left the baseball museum: dying to see the real thing.