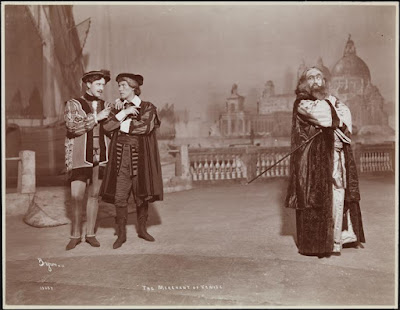 Spring's incessant flow of show openings slows to a trickle in the summer so theater junkies like me have to look elsewhere for our fixes. I recently found some solace in theater-related exhibits at two of the city's most unsung museums.

The New-York Historical Society is hosting the New York stop of "First Folio! The Book that Gave Us Shakespeare," a traveling exhibit that the Folger Shakespeare Library has organized to honor the 400th anniversary of the Bard's death.

John Heminges and Henry Condell, members of the King's Men acting company and close friends mentioned in Shakespeare's will, collected and published 36 of his plays in 1623. A few, such as Hamlet and Romeo and Juliet, had been published before but without the Folio later generations might never have known Macbeth, Julius Caesar or Twelfth Night.

About 750 copies of that first edition are believed to have been printed and they didn't go for cheap; it's estimated that each would have cost about $250 in today's money. A Second Folio was published nine years later but with some 1,700 changes from the first and that, of course, makes the original edition even more prized. One sold for $3.7 million in May.

Experts have authenticated 233 surviving copies and the Folger, named after a Standard Oil exec who collected Shakespeare memorabilia and located in Washington D.C., has 82 of them, more than anywhere else (the British Library only has five).

The Folger's road show isn't fancy. The exhibit includes a few easy-to-pack screens with information about the Bard and his book but the main attraction is the Folio itself. It sits in a glass-enclosed case in the lobby of the Historical Society, open to Hamlet's "To be, or not to be" soliloquy.

I got a thrill out of seeing the words, complete with their odd spellings ("The Slings and Arrowes of outragious Fortune") on the parchment pages, even though a guard watched me like a hawk as I inspected them.

Admission to this part of the museum is free and I may even go back before the exhibit leaves July 17. Keep an eye out for when the Folio hits your town or, at the very least, check out the website the Folger has set up for it by clicking here.

You do have to pay to see "New York's Yiddish Theater: From the Bowery to Broadway," which will be at The Museum of the City of New York through Aug. 14 but it's worth the $14 fee ($10 for seniors and free for kids and teens). 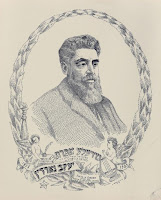 Broadway, particularly the Broadway musical, wouldn't be the same if it hadn't been for Yiddish theater, which began in the mid-19th century as a popular form of entertainment in Europe's Jewish communities and migrated along with the waves of those immigrants who came to New York around the turn of the 20th century.

Using photos, posters, scripts, sheet music, costumes, puppets and film clips, curator Edna Nahshon, a professor of theater and drama at The Jewish Theological Seminary (click here to read a Q&A with her), tracks the story of Yiddish theater from the early 1900s when the lower part of Second Avenue became known as the Jewish Rialto to the productions of Fiddler on the Roof and Funny Girl, which both put the Jewish experience front and center on the Broadway stage in 1964.

Along the way, the Yiddish theater nurtured a cornucopia of talents whose influence on the movies, TV and, of course, the theater can still be felt today.

A whole section of the exhibit is devoted to the Adler family. The patriarch Jacob was celebrated for his Yiddish versions of Shakespeare and his daughter Stella later became an influential member of the Group Theater and the founder of the Stella Adler Studio of Acting, where she mentored, among others, Marlon Brando and Robert De Niro.

Other names that got their start in the Yiddish theater include Paul Muni (née Frederich Meier Weisenfreund,) Molly Picon (née Małka Opiekun,) Edward G. Robinson (Emanuel Goldenberg) and Mickey Katz (Meyer Myron Katz,) whose son Joel would change his last name to Grey and win a Tony for playing the M.C. in Cabaret.

It's also fun to see the costumes Zero Mostel wore as Tevye the Milkman in Fiddler and Barbra Streisand wore as the great second Avenue vaudevillian Fanny Brice in Funny Girl.

But I particularly appreciated the sections devoted to less familiar names like Jacob Gordin, whose socially conscious dramas made him kind of the Eugene O'Neill of Yiddish drama and Abraham Goldfaden, whose role as the father of Yiddish theater is honored on the face of the Goldie Award, the Yiddish theater's equivalent of the Tony.

A major highlight were the sketches and models by the Russian-born set designer Boris Aronson, who began his American career on the Lower East Side before moving uptown to Broadway where he eventually won six Tony awards for his stylized sets for the original production of Cabaret, Follies and Company.

Both exhibits turn theater history into a visceral experience that you should have if you can.