People's Choice vs. Critic's Choice for "It Shoulda Been You" and "Something Rotten" 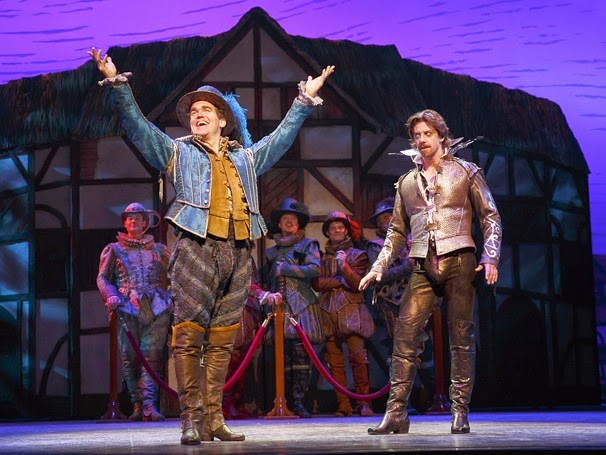 The average Broadway theatergoer sees four shows a year, according to the Broadway League. The average theater reviewer routinely sees more shows than that in a week. Which may be one reason there’s so often a gap between what the public likes and what the critics think the public should like.

Case in point:  Most of the major critics were ho-hum about It Shoulda Been You, the new musical about the hijinks that occur at an upscale wedding between two mismatched families. But the regular folks at the performance my sister and I attended, whose palates may be less jaded, laughed their asses off and, as I tweeted, I overheard a woman leaving the Brooks Atkinson Theatre tell her friend, “This is what theater should be: a good time.”

Another case in point: With the notable exception of the New York Times’ Ben Brantley, the critics are crazy about Something Rotten!, the brazenly-named meta-musical about two brothers, rivals to Shakespeare, who invent the musical in a desperate attempt to best the Bard. The show is filled with the kind of showbiz inside jokes that tickle critics and theater junkies but I couldn’t help wondering if anyone who sees fewer than four shows a week would enjoy it as much.

The really funny thing is that the shows have more in common than they might appear to have at first glance. Both are original musicals, drawn not from movies or books or someone’s songbook but from the imaginations of their creators. And yet each falls solidly within the tradition of shows that have come before it.

The about-to-be-weds at the center of It Shoulda Been You might be the great-great grandchildren of the young lovers in the 1922 comedy Abie’s Irish Rose; the critics at the time reportedly weren’t crazy about it either but the show ran for five years.

Meanwhile Something Rotten! might be the lovechild of all the shows that have musicalized Shakespeare over the years (from The Boys from Syracuse right through to The Lion King) and the growing parade of self-referential musicals that make fun by making fun of musicals (Urinetown, The Drowsy Chaperone, [title of show], The Producers—click here to read about the making of the new show).

The creators of both new shows—composer Barbara Anselmi and book writer and lyricist Brian Hargrove for It Shoulda Been You; and the brothers Wayne and Karey Kirkpatrick who did the music and John O’Farrell who teamed up with Karey on the book for Something Rotten!—are making their Broadway debuts. But each show is helmed by an old-hand who knows how to bring the funny.

David Hyde Pierce, who as it happens is Hargrove’s husband, may be making his Broadway debut as a director with It Shoulda Been You but he’s starred in plenty of laugh fests, including Spamalot and Curtains. Meanwhile, the director and choreographer of Something Rotten! is Casey Nicholaw, the wizard behind such mirth-making musicals as The Drowsy Chaperone, Aladdin and of course, The Book of Mormon.

And both shows boast huge casts overflowing with big-name stage vets, living testimonies to how very, very deep the bench of talent is in this city. Tyne Daly and Harriet Harris play the malcontented future mothers-in-law in It Shoulda Been You and they are hysterical, Daly in particular having a ball after so many recent dramatic turns on the boards. 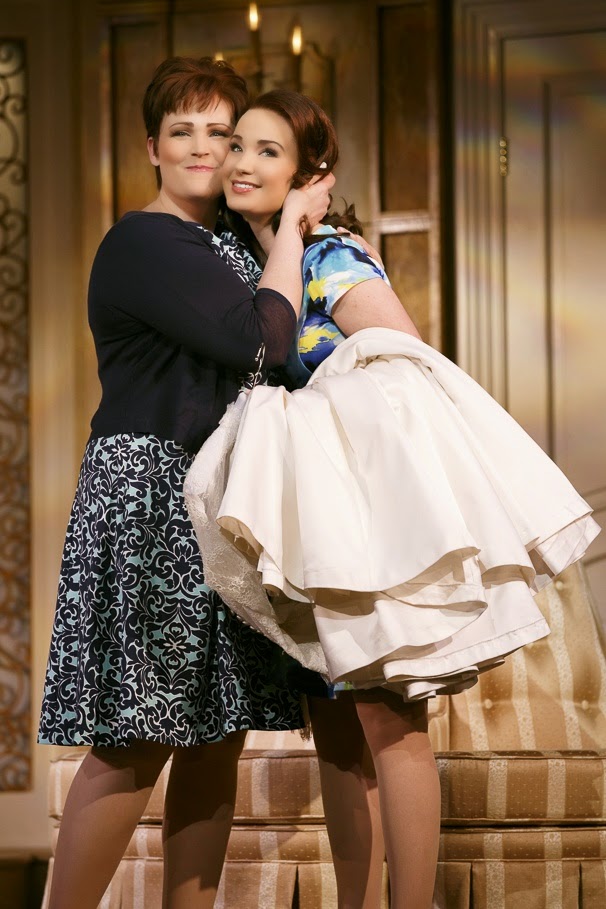 Pert Sierra Boggess hits all the notes, high and otherwise, as the bride (David Burtka, Neil Patrick Harris' real-life husband, is her groom). And Josh Grisetti and Lisa Howard are terrific, as the bride’s old boyfriend who crashes the wedding and her zaftig big sister who thinks she’ll never have one of her own. But the crowd pleaser is Edward Hibbert as a wedding planner in the old don’t-ask-just-fey tradition of Paul Lynde.

Over at Something Rotten!, Brian d’Arcy James puts his formidable talents to work as the most ambitious of the musical-creating brothers and Christian Borle, sporting a British accent and rock star braggadocio, steals the show as an arrogant Shakespeare (click here to read a Q&A with those two stars).

Or Borle would steal the show if he weren’t getting so much competition from John Cariani as the meeker of the brothers, Heidi Blickenstaff as James’ cross-dressing wife, Brad Oscar as a ditsy soothsayer, Brooks Ashmanskas as a disapproving Puritan and Peter Bartlett, also channeling Lynde, as a skittish aristocratic.

So which show should an average theatergoer see?  Alas, there’s no easy answer to that. The Tony nominators gave Something Rotten! 10 nominations on Tuesday, making it the dark horse in a three-way race for the Best Musical Tony with An American in Paris and Fun Home.

It Shoulda Been You got no Tony love but the Outer Critics Circle nominated both shows for Outstanding Musical. Of course, if you go by the Times’ Ben Brantley, neither is worth your time.

I’ve had the good fortune to see both. And I believe there’s a difference between whether you like a kind of show that’s being done and whether that show is done well. I don’t expect either of these shows to end up on the list of my Top 10 favorites of the year but both are terrifically well done. So figure out what kind of show appeals to you, then go see it and have a good time, Ben Brantley (and even me) be damned.

Labels: It Shoulda Been You, Something Rotten

About "Something Rotten!": Terry Teachout in the WSJ is on Brantley's side. http://www.wsj.com/articles/something-rotten-review-throw-out-your-shakespeare-1429749002

It's been an amazingly bountiful season on so many levels even if none of the musicals (and only one or two of the plays) were without major flaws. I'm with you, in that I found IT SHOULDA BEEN YOU (which I had gone to for the *cast* despite the awful title and logo) so funny I went back that weekend to take my spouse - the first time in YEARS I saw a show twice. It was even better the second time when one could notice how really well CRAFTED the show was. AN AMERICAN IN PARIS may well win the Tony thanks to its dazzling dance, but for me IT SHOULDA BEEN YOU will remain the actual Best Musical of this season!