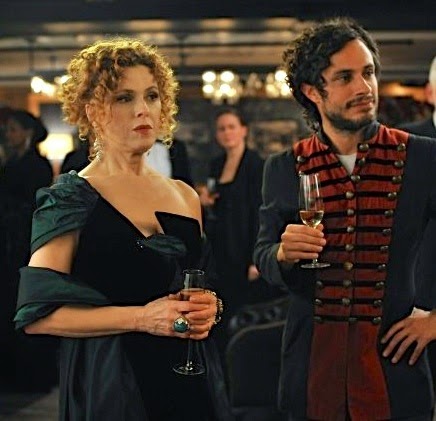 As the great Frank Loesser once wrote, Baby, it’s cold outside.  On top of that, lots of theaters have gone dark in this annual cold-weather interregnum when old or failing shows have closed but new spring hopefuls have yet to open. Which means that even the most ardent theatergoers are looking for ways to stay cozy and entertained at home. Surprisingly, TV is offering some theater-friendly options—if you think of TV in the loosest terms.

Just before Christmas, Amazon.com started streaming all 10 episodes of “Mozart in the Jungle,” an original series that’s set in the classical music world but features bunches of familiar Broadway faces, including that of the always welcomed Bernadette Peters. This past Sunday, ABC debuted “Galavant,” a musical fairy tale series with a score by Alan Menken. And this coming Saturday, the Cartoon Network will debut "The Wizard of Watts," an animated musical that takes on the hot topic of police brutality.

Now, neither "Galavant" nor "Mozart in the Jungle" is a true substitute for live theater and, I’ve got to be honest, neither is great in terms of its own medium either but there are still some pleasures to be squeezed from each. “Mozart," the better of the two, is based on oboist Blair Tindall’s tell-all book about the lives of the city’s classical musicians, many of whom moonlight in Broadway pits.

The Amazon adaptation centers around the arrival of Rodrigo, a sexy, young Latin American conductor in the mold of the Los Angeles’ Philharmonic’s Gustavo Dudamel and the show is filled with all kinds of telanovela storylines—the affair between the outgoing conductor and one of the violinists, the bildungsroman of the ingenue oboist, the drug peddling of the so-so drummer, the antics of the ghost of Mozart. It’s all silly and the goings-on bear only a faint resemblance to reality (click here to read an inside’s take on the show) but I’m a sucker for any kind of backstage story and this one is fun.

Plus the cast provides reason enough to give it a try. The movie star Gael García Bernal plays the idiosyncratic Rodrigo with seductive flamboyance. Peters plays the orchestra’s flustered chairwoman (click here to read an interview wit her), Debra Monk is the world-weary concert mistress, Mark Blum the finicky union rep and Mary Louise Wilson showed up in the last episode I saw as a rich patron, while Santino Fontana did a stint as a Yoda-like Mozart.  But my favorite cameo is The Public Theater, which is playing the role of the symphony’s concert hall. 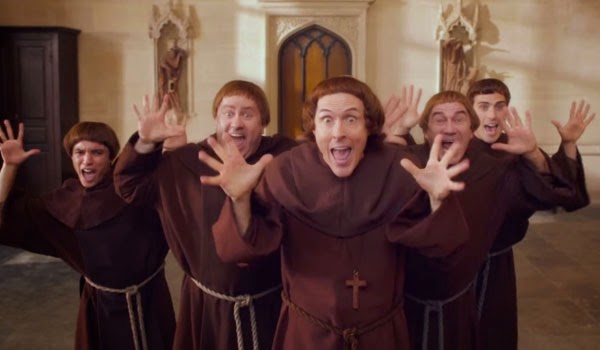 "Galavant’"s MVP is Menken (click here to read an interview with him), whose Broadway credits include Beauty and the Beast, Little Shop of Horrors, Sister Act and Aladdin and who with Glenn Slater, has written at least two musical numbers for each episode of this original musical comedy about a knight whose lady love throws him over for the fame and fortune of the villainous king who kidnapped but is soon cowed by her.

The show's title song is catchy and the big dance numbers are amusing. There are also gross out jokes and anachronisms galore, as all contemporary tellings of fairy tales now seem to require. The cast is lead by the dashing Joshua Sasse as the title character, although the standout is Timothy Omundson, who is a hoot as the king.

But even with all that, this one failed to grab me. I felt as though I’d been there and seen it done funnier with Shrek and Spamalot.  Of course, “Galavant” is far cheaper to see and even “Mozart in the Jungle,” which is available only to Amazon Prime customers is a relative bargain since it comes with free shipping for your books. Which, of course, are another way to entertain yourself in these theater-lean months.