An Unanticipated Surrender to "Tamburlaine" 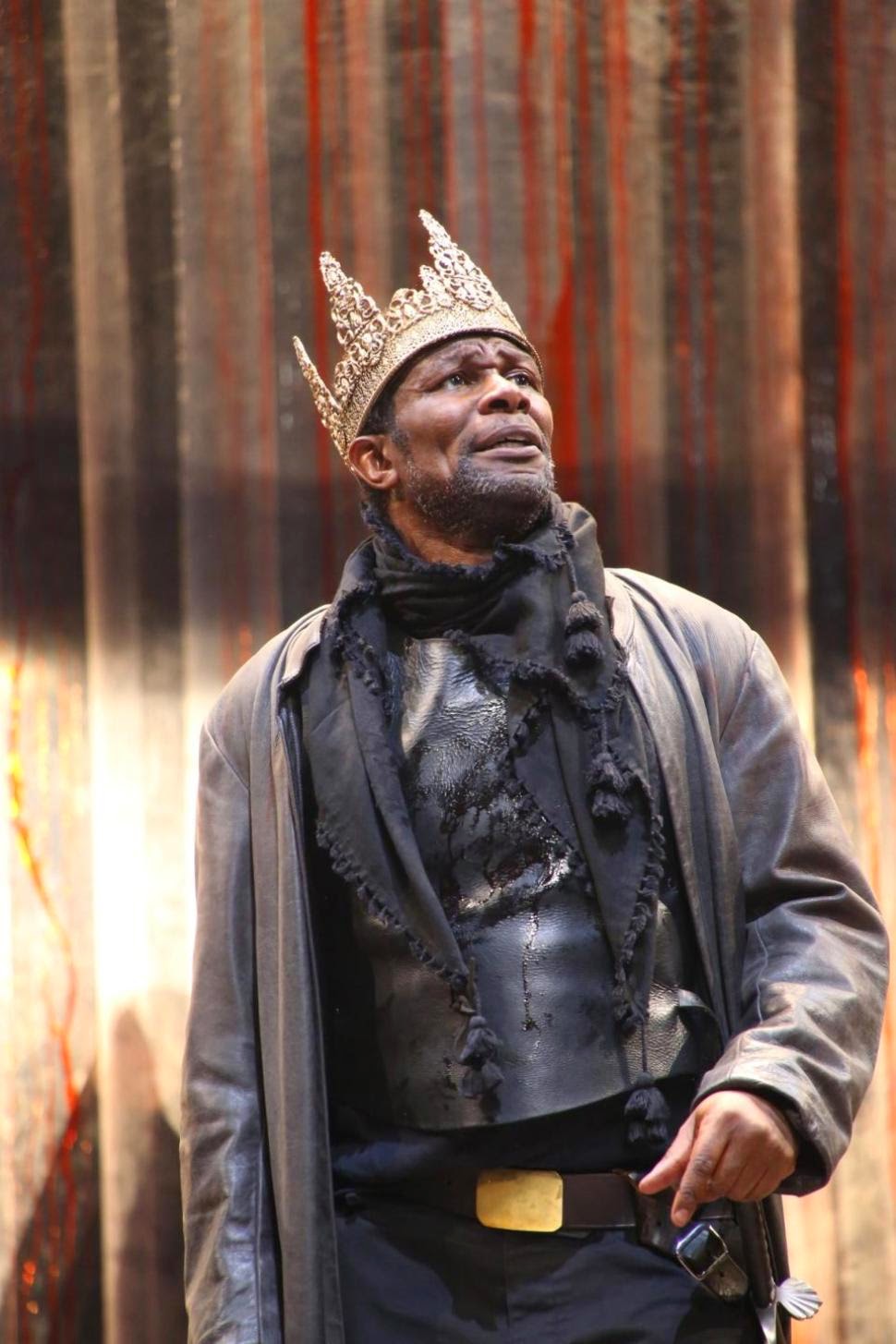 It’s embarrassing to say this but, Shakespeare aside, I know virtually nothing about Elizabethan theater. So I was going to skip Tamburlaine, Parts I and II, the double bill of two late 16th century plays that Theatre for a New Audience is presenting at its Polonsky Shakespeare Center in downtown Brooklyn.
But my theatergoing buddy Bill thought it would be good for us to broaden our theatrical knowledge, so we went—and we had a bang-up good time.

The plays were written by Christopher Marlowe, whom many scholars believe heavily influenced Shakespeare. And these two plays are widely considered to have been the first shows to hit it big with the London groundlings (even back then, producers tried to cash in on popular demand with sequels).
Marlowe based his story on the rise and fall of the 14th century Mongolian conqueror Timur, whose armies were reportedly feared throughout Africa, Asia and Europe. Timur was the son of a minor nobleman but, taking dramatic license, Marlowe made his Tamburlaine a low-born shepherd whose prowess as a warrior allows him to slash his way to the top.

Within the first half hour of Part I, Tamburlaine captures and seduces the daughter of the Egyptian king, persuades the vassals of the Persian king to cross over to his side and sets out to defeat the emperor of the Turks. In Part II, he consolidates his empire, prepares his sons to succeed him and proves as ruthless in family affairs as he is on the battlefield.
All of it is done in blank verse so it’s reminiscent of Shakespeare, even if falling short of the Bard's subtle psychology and mastery of metaphor. But because everything about the plays was new to me, they seemed just as thrilling as the first time I heard Henry V's St. Crispin's Day speech.

Michael Boyd, who recently retired as artistic director of the Royal Shakespeare Company, has smushed the two plays into one long evening and staged them with wit, vigor and buckets and buckets of stage blood.
And Boyd has filled his 19-member cast with brawny men who stride into and around the audience. You can almost smell the testosterone in the air. The title role is played by John Douglas Thompson, who in less than a decade has emerged as one of the country's leading classical actors.

Thompson handles the language beautifully and has a majestic stage presence. It’s easy to see why men would follow his Tamburlaine and why even kidnapped princesses would fall for him. The actor is somewhat less successful at conveying the character’s craftiness but his performance still commands attention (click here to read a Q&A with him).
Equally compelling is the British actor Chukwudi Iwuji who plays Tamburlaine’s chief rival Bajazeth with an imperiousness intensity that sears through the humiliations Tamburlaine eventually makes him suffer.

The whole saga, which is playing through Dec. 21, runs about three and a half hours, interrupted by a half-hour dinner break. You can order a light supper from the theater’s café before the show begins and pick it up during the break—my grilled ham and cheese sandwich was pretty tasty and Bill’s mushroom soup looked good too.

But the play itself is the yummiest part of the evening and I'm now on the prowl for more productions of Marlowe, Ben Jonson and other contemporaenous playwrights who, back in the day, gave old Will a run for his money.

Labels: Tambourlaine I and II