A Few of My Favorite Theater Things in 2012 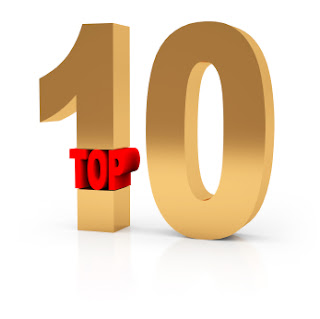 People began posting 10 best lists so early  that I don’t know how they even managed to see—let alone rate—all the shows that opened in November and December (click here for a handy round-up of some of the lists collected by my friend Howard Sherman). But I didn’t get the early bird memo and so I’m starting this new year off with my top 10.

Of course, the best thing about any of these lists—including this one—isn’t that they tell you what was worth seeing and worth skipping last year but that they help you figure out how much you want to rely on the recommendations of the person who made the list when you’re deciding what to see in this new year.

Because what these lists—we should call them 10 favorites rather than 10 bests—really reflect are the current interests and tastes of the person making them. As regular readers know, I'm usually interested in shows that deal with big political issues and I have a soft spot for ones that use highly theatrical stagecraft but, as you’ll see, what got to me in 2012 were intimate dramas, simply staged, that made me really think about the ways in which we struggle to connect with one another.  Here, in alphabetical order, are the 10 shows that most connected with me: 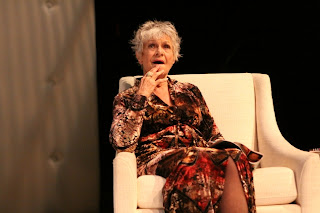 AdA  The acronym stands for Author directing Author and playwrights Marco Calvani and Neil LaBute collaborated on two poignant and exquisitely acted ruminations on the lengths to which people will go to avoid loneliness. As I said in my review, “the memory of these engagingly enigmatic plays will linger with me for a longtime to come.”  And so they have.

THE BIG MEAL  Using a series of landmark meals, from first dates to funeral receptions, playwright Dan LeFranc  and director Sam Gold chronicled a couple’s life over six decades.  To quote from my review of that one, “it’s packed with lots of laughs and some tear-inducing moments as well. I dare anyone to see it without identifying with the joys and disappointments of at least one of those meals.”

COCK  British playwright Mike Bartlett used the metaphor of a sporting event for his drama about a gay man torn between his male lover and a woman for whom he unexpectedly falls. He and director James Macdonald also stripped away the usual theatrical conventions—sets, props, even comfortable seating—leaving only the text, four sensational actors and, as that review said, “the essence of theater in its most elemental form.” 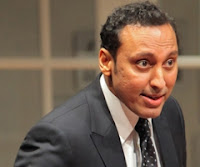 DISGRACED Many plays that deal with race dance around the subject but  Ayad Akhtar went straight at it in this bracing look at an assimilated Muslim attorney and his white wife in post-9/11 America. As I said in my review, the play, under Kimberley Senior’s acute direction, sidesteps the usual stereotypes and instead shows people who “are like most human beings, sometimes arrogant when they're right, defensive when they're not but most often stumbling through the murkiness in between those certainties.”

HOW I LEARNED TO DRIVE  This was the first New York revival of Paula Vogel’s Pulitzer Prize-winning drama about the complex relationship between a pedophile and the niece he abuses since its original 1997 production. Kate Whoriskey’s rendering of it showed how truly powerful a work it is and, as I said in my review, confirms its status as a masterpiece that deserves a place on the Mount Rushmore of great American plays. 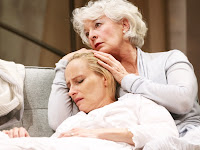 THE LADY FROM DUBUQUE  Director David Esbjornson’s elegant production didn’t just revive Edward Albee’s 1980 meditation on dying, it revised the general consensus about the play. As I wrote after seeing it, “It took me days to sort out my thoughts and feelings about The Lady From Dubuque but I think I can now sum it up in a word: gratitude.” 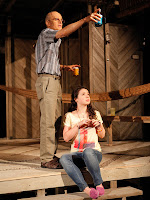 SLOWGIRL The mismatched pair in Greg Pierce’s two-hander are an uncle and a niece, both harboring secrets. The performances were nuanced, Anne Kauffman's direction masterly, the set lovely, the lighting and sound almost poetically apt.  As I said in June, “Slowgirl may not be a great work but it is a deeply satisfying one and as welcomed as the first breeze of summer.”

TRIBES On the surface, British playwright Nina Raine’s drama is about a young deaf man, torn between the family that loves but patronizes him and the deaf community which embraces but isolates him from the wider world.  But under David Cromer’s inventive direction, it was also a sensitive look at the ways in which we all define ourselves, align ourselves and choose our own tribes. Nearly everyone who saw this production loved it and appropriately so because it was, as I wrote back then, “a tribe to which anyone who loves smart theater should want to belong.”

UNCLE VANYA Two productions of Chekhov’s tragic comedy about unrequited love played in the city last summer. One came from the Sydney Theatre Company and starred Cate Blanchett. But I actually preferred the Soho Rep’s version, which was adapted by playwright Annie Baker, directed by the ubiquitous Sam Gold and starred a trove of terrific stage actors lead by Reed Birney in the title role.  Like Cock, Soho’s Vanya opted for a no-frills approach (including the uncomfortable seating) but it cut to the bone for me. As I said in my review, “I was not only riveted by it, but moved as well.” 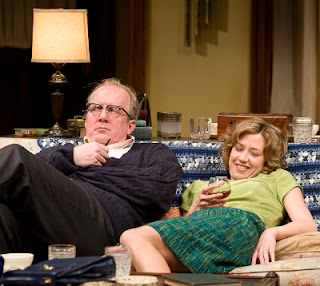 WHO’S AFRAID OF VIRGINIA WOOLF?  There may be no greater thrill for a theater lover than to see an old classic given a fresh, and yet, still apt interpretation. Director Pam McKinnon and a brilliant cast have shifted the power balance in Edward Albee’s masterwork about unhappy marriages from the wife Martha to the husband George and, as I wrote after seeing it, “found new ways to unleash its devastating pain” while still making it clearer than ever what binds the couple together.

But wait there’s more.  Click the orange button below to hear my theatergoing buddy Bill and me discuss some of our favorite performances from last year: