10 Spots of Theatrical Joy in a Dire Year 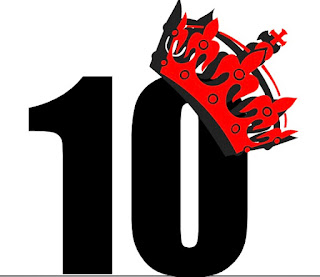 This is the time of year when people like me create lists that tout the best things we’ve experienced in the areas of interest we followed over the last 12 months. But it’s hard to put the word best in the same sentence with anything connected with this year so defined by illness, death, social isolation, racial reckoning and an election that’s left the country as polarized as ever (USA Today just reported that 78% of Republicans still don’t believe that Joe Biden was legally elected president). So shows I saw before the pandemic closed all theaters here in New York now seem as though they existed in a different world. But maybe that’s not entirely a bad thing.

The challenges of this year could force producers and artistic directors to adapt in ways that will make theater better once the quarantine ends.  Like maybe some of the online productions that sprouted up will continue, allowing theater to be more accessible to those who can’t get to a theater easily or who can’t afford to go or who haven’t felt comfortable once there.  And maybe theaters will learn to be truly inclusive, telling all kinds of stories that showcase a multiplicity of experiences and that are told by an array of voices.

In the meantime though, there have been some things that have given me theatrical joy even in this distressing year and I want to celebrate and thank them. So on this list are five shows I saw in a theater at the beginning of the year and five I saw on my computer or TV screen later on.  They are, in the order of my seeing them:

AMERICAN UTOPIA: I actually saw David Byrne’s exhilarating staged concert twice: once when my theatergoing buddy Bill and I went to one of its final performances at the Hudson Theatre before its scheduled close in February and then again when a filmed version started streaming on HBO in late summer. It’s kind of hard to explain why watching a dozen people of different colors and genders clad in matching gray suits play their instruments and dance around a stage could be so invigorating but each viewing made me feel so very good to be alive. An encore live production has already been scheduled for next fall but if you're an HBO subscriber, you can see the film now by clicking here.

DARLING GRENADINE: The Roundabout Theatre Company’s production of Daniel Zaitchik’s chamber musical about a man struggling to overcome alcoholism and the woman who loves him struggling not to be an enabler might not have muscled out bigger musicals if they’d had a chance to open but its charming performances and imaginative staging left me with a smile on my face that lingered for days.

HAMLET AT ST. ANN'S WAREHOUSE:  Worn down by seeing one so-so production after another, I’d sworn off Shakespeare for a while—and especially off seeing Hamlet. But my curiosity about the notion of the British actress Ruth Negga playing the role without regard for gender drew me to St. Ann’s where Ireland’s Gate Theatre production ran through March 6. And my reward for going was being able to witness how Negga’s intelligent and unsentimental performance turned what is too often an old war-horse into the thoroughbred that the Bard meant it to be.

THE HEADLANDS: Christopher Chen’s noirish murder mystery at LCT3 was both a meditation on assimilation, identity and the stories that define all of us and a showcase for its all-Asian cast to show off the full and impressive range of their talent.  And its inventive video projections not only provided the sets for the scene but established the mood of the entire piece.

THE HOT WING KING: Definitions of black masculinity were viewed through the experiences of a loving gay couple and their extended family and friends as they all prepared for a culinary competition in this deliciously funny but deeply affecting play by Katori Hall whose run at Signature Theatre was cut too short when all the city’s theaters closed March 12.

TAKE ME TO THE WORLD: A SONDHEIM 90TH CELEBRATION: The lockdown came 10 days before Stephen Sondheim’s 90th birthday, which was supposed to be celebrated with the opening of avant-garde director Ivo van Hove’s reinterpretation of Sondheim’s first Broadway show, West Side Story. So, led by Raúl Esparza, a group of the composer’s friends—AKA everyone who is anyone on Broadway—threw him a virtual party instead and filled it with heartfelt encomiums and one-of-a-kind performances of selections from his singular songbook. It’s the kind of event that I would have been unlikely to attend in person and so felt grateful that technology allowed me to revel in it, which you can do too by clicking here.

BILL IRWIN'S IN ZOOM: In the time-honored spirit of the show must go on, theater folks began performing online within days of the theater lockdown. Among the best of that early crop was an original 10-minute piece that Irwin put together with the help of San Diego’s The Old Globe. He and fellow funny man Christopher Fitzgerald explored and expanded the boundaries of the then-novel Zoom, demonstrating that theater no longer had to be restricted by geographical location and that even a safely-distanced production could offer up some great physical comedy.  You can check it out by clicking here.

IN CAMERA: London’s The Old Vic presented this series of small-cast plays that were performed live in its empty theater for viewers who bought hefty-priced tickets that allowed them to see a specific performance on their computers at home. So far I’ve seen Three Kings, Stephen Beresford’s one-man show in which Andrew Scott gave a brilliant performance as a man coming to terms with the estranged father whose love he’s always craved, and Faith Healer, a revival of Brian Friel’s three-hander about an itinerant con man who travels around Ireland pretending—to his audiences, his long-suffering wife, devoted manager and to himself—that he can heal the afflicted. The performances by Michael Sheen, Indira Varma and David Threlfall left me gob smacked. You can see for yourself why if you purchase (the much cheaper) tickets for recorded encore presentations of those productions, which you can find here.

RUSSIAN TROLL FARM:  This comedy, created specifically to be seen online, has been my favorite virtual theater experience so far. Working with TheaterWorks Hartford, TheaterSquared in Fayetteville, Arkansas and the Brooklyn-based Civilians, playwright Sarah Gancher imagines the lives of the Russian hackers who spread false information on social media leading up to the 2016 presidential election that put Donald Trump in the White House.  Like so many digital workers, hers are driven to get as many clicks as they can and the hilarity stems from watching how they—a terrific cast, by the way—do it. The show’s limited run has been extended through Jan. 14 and you can buy $20 tickets here.

MA RAINEY'S BLACK BOTTOM: Part of Denzel Washington’s effort to film all 10 of the plays in August Wilson’s "American Cycle," this Netflix production about a day in the life of the legendary blues singer was in the works way before most of us had even heard of the coronavirus or of George Floyd, whose death under the knee of a Minneapolis cop gives poignant relevance to this rumination on how Black people have been treated in this country. Reuben Santiago-Hudson massaged the script for the screen, squeezing it down to 90 minutes and adding an effective coda. George C. Wolfe directed and Viola Davis and the late Chadwick Boseman lead an excellent cast as Rainey and Levee, the young trumpet player in her band who wants to make a different kind of music. If you have a Netflix account you can treat yourself to it by clicking here.

I've added this list belatedly to my Top 10 Lists of Top 10 Theater for 2020 -- it doesn't change the consensus; it just confirms it (i.e. 1. there is no real consensus this year but, 2.more critics favored 90th Sondheim birthday concert and Russian Troll Farm than any other shows in 2020.

Thanks, Jonathan. It's an honor to be included in your wrap-up of such a singular year.