The fall preview lists started streaming out soon after this summer’s blue moon appeared at the end of July. The New York Times’ comprehensive list of this season's new shows went online Thursday and will appear in the paper edition on Sunday (click here to read it).

Still, in the spirit of you-show-me-yours-I’ll-show-you-mine, I've decided to go ahead with my list of the shows I’m most looking forward to seeing over the next three months. There are, as always, lots of them (including The Humans, a family-during-the-holidays play by Stephen Karam at the Roundabout, and Allegiance, the Broadway musical inspired by “Star Trek” actor George Takei’s childhood in an internment camp where Japanese-Americans were held during WWII).

But the list below kind of composed itself: most of the shows are ones that I was so determined to see that I actually set an alarm on my calendar and bought tickets within an hour of their going on sale. And there are a few that my husband K, a notoriously picky (he might say discerning) theatergoer, has made clear that he’s particularly eager to see. So here, in alphabetical order, are our can't-wait-to-sees for this fall:

THE CHRISTIANS: It’s rare that religion is treated without parody or condescension in contemporary plays and so I’ve been stalking Lucas Hnath’s drama about the pastor of a megachurch and his crisis of faith since its breakout at the Humana Festival of New Plays last year. There will be a full choir onstage and the audience serves as the congregation. The services officially open at Playwrights Horizons next week for a month-long run. 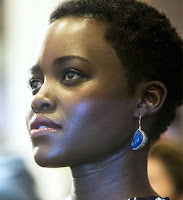 ECLIPSED: Despite the Pulitzer-Prize winning and audience-pleasing success of Lynn Nottage’s Ruined, plays about the current situation in Africa remain a tough sell. But the combination of a script by Danai Gurira, the Zimbabwean actress most famous for her role on TV’s “The Walking Dead” but also an accomplished playwright; and the New York stage debut of Lupita Nyong’o, who won an Oscar for her performance in “12 Years a Slave,” this piece set during the recent civil wars in Liberia will be a must-see during its short run at the Public Theater, which begins with previews on Sept. 29

FIRST DAUGHTER SUITE: Michael John LaChiusa made his name with First Lady Suite, a collection of musical fantasies about the wives of four U.S. presidents that opened at the Public Theater in 1993. Now 22 years and more than a dozen musicals later, he’s back at the Public with a new chamber piece that looks at some of the young women who grew up in the White House and their relationships with their mothers. LaChiusa, who I know just a little, is a longtime favorite of mine and it will be fun to follow him back to his roots. Previews start Oct. 6 for a run that is scheduled to end on Nov. 15.

FOOL FOR LOVE: By contrast, Sam Shepard’s work has always been something of a challenge for me but this 1983 play about extraordinarily star-crossed lovers is one of his classics and this Manhattan Theater Club production is the first time it will be done on Broadway. The fact that it will star Sam Rockwell and Nina Arianda, whom K will see in just about anything, made the decision to include this on the list a no-brainer.

HAMLET: O.K I know this is cheating because Benedict Cumberbatch’s portrayal of Shakespeare’s most famous creation opened in London last month but Cumberbatch is so popular for his roles on the TV series “Sherlock” and in movies from “The Imitation Game” to “Star Trek into Darkness” (his followers dub themselves Cumberbitches) that the production has been covered almost as extensively as Hamilton has been. Luckily, there’s a series of National Theater Live simulcasts that will play at cinemas around the world beginning on Oct. 15 so theater lovers everywhere can see whether the fuss has been worth it.

HENRY IV: The same team (director Phyllida Lloyd and actress Harriet Walter) that spearheaded the terrific all-female version of Julius Caesar at St. Ann’s Warehouse two years ago is back with what is perhaps Shakespeare’s greatest history play Henry IV, offering another chance to see female actors take on iconic roles they usually can’t play. Plus it will be the inaugural production at St. Ann’s new home in an old tobacco warehouse on the Brooklyn waterfront, making for a hard-to-turn down twofer.

HIR: Within just the past year, the experiences of transgender people have exploded into the public consciousness and now the gender-fluid writer and performance artist Taylor Mac has created a topical comedy about a vet returning from the war in Afghanistan, his brother who has recently come out as a woman and their mother who is making some change of her own. Mac, who was sensational in the collaboration he did with Mandy Patinkin two years ago, won’t be in the show that will run at Playwrights Horizons for most of November, but I'm betting that the pitch-perfect casting of Kristine Nielsen will make up for that.

KING CHARLES III: Queen Elizabeth II became Britain’s longest-reigning monarch this week and over the years she’s earned the devotion of her subjects but, alas, her heir hasn’t faired as well, as is evident in this imagining of what both country and crown will be like once Charles takes over. Part of me thought this cruel when I first heard about it but the playwright Mike Bartlett, the author of the superb Cock Fight, has a great sense of the theatrical (King Charles III is written in iambic pentameter) and the production not only won rave reviews but an Olivier Award for Best New Play so how can I resist the Broadway run that officially opens on Nov. 1. 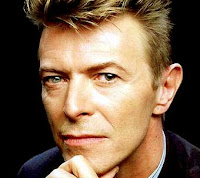 LAZARUS:  Enda Walsh is the Tony-winning book writer of Once. Ivo van Hove is the innovative and very hot director whose work will be popping up all over the city this season. Michael C. Hall is the actor who has brought high intensity to his performances as the Emcee in Cabaret and the title character in Hedwig and the Angry Inch. And David Bowie is, well, David Bowie. The four of them are the reasons that this new musical about a space alien’s quest to find water on earth will be one of the hottest tickets of the season when the show has its month-long run down at New York Theatre Workshop, beginning Nov. 18.

OLD TIMES: Hardly a season goes by without the revival of a musical by Stephen Sondheim or play by Harold Pinter, if not both. This fall, brings a new production of Pinter’s 1971 enigma about a married couple whose life is unsettled by a visit from an old friend of the wife’s. The Roundabout production will mark the New York stage debut of the dashing Clive Owen and a return to Broadway for Eve Best, who was so gobsmackingly good in Pinter's The Homecoming back in 2008 that K, no Pinter fan but a devotee of fine acting, eagerly signed on to see this revival.

A VIEW FROM THE BRIDGE: Had he lived, Arthur Miller would have turned 100 next month and several productions are being mounted to mark the occasion, including Signature Theater’s revival of his under-appreciated play Incident at Vichy and this Broadway transfer of London’s Young Vic’s production of Miller’s tragedy about a dock worker who develops a disasterous lust for his niece. It’s one of K’s favorite plays and the fact that it's staged by the ubiquitous Ivo van Hove, who reinvents rather than revives classic plays, makes it all the more enticing.