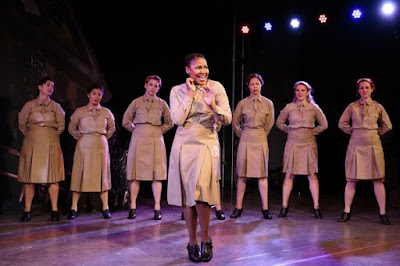 It's been cold and snowy in New York over the past few days, the kind of weather that makes even a theater lover want to stay home and snuggle up with a book or something on the DVR.

The theater world accommodates by slowing down, as old shows depart (The Color Purple, The Encounter, Les Liaisons Dangereuses and Falsettos all closed last weekend and The Humans, Holiday Inn and even the long-running Jersey Boys take their final bows this coming weekend) and meanwhile, new ones ready themselves for spring openings (22 are scheduled to hit the boards before the season ends in April).

But over the past few years, a growing number of winter festivals have popped up to provide relief for those of us who get too antsy going without live theater for too long. As a bonus, the festivals offer experimental works and other kinds of shows that don't get seen as regularly. And the ticket prices run cheap too.

Even I, who can't stand the cold, ventured out last weekend to see Blueprint Specials, a revival of the variety shows that the military commissioned folks like Broadway showman Frank Loesser and comedy writer Arnold M. Auerbach to create and then shipped out, along with instructions for easy-to-make costumes and scenery, for soldiers to perform for their mates during World War II.

The current production, lead by Broadway regulars Laura Osnes and Will Swenson, featured a cast of 34 and included both Broadway gypsies and active service men and women. The show, which was performed on the huge hangar deck of the USS Intrepid, the decommissioned ship that is now a sea, air and space museum, maintained the sweet and silly humor of its 1940s origins. I appreciated it more than I was amused by it. But it did get me thinking about what kind of entertainment the folks now defending us are getting.

The final of the five sold-out Blueprint performances is tonight. They were part of the Public Theater's Under the Radar series, which began Jan. 4, runs through Jan. 15 and features theatrical events from around the world. You can find out more about them by clicking here.

And here are some other festivals that you might want to consider, listed in order of how much time you still have left to see them; click on their titles for more info:

Prototype: Now in its fifth season, this festival devotes itself to chamber operas and other musical theater works and is scheduled to present seven of them from Jan. 5-15

La Mama's Squirts: The venerable downtown theater champions queer artists from a variety of ethnic, gender and generational backgrounds in this theater jubilee that runs from Jan. 6-15 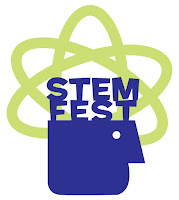 STEM Fest: The worlds of science and theater come together when performers ranging from storytellers to burlesque specialists will present shows dealing with science, technology, engineering and math at the Under St. Marks performance space from Jan. 4-21

The Coil 2017 Festival: The performance art space PS 122 will host 12 shows that include dance, film, theater and works that resist being categorized from Jan. 3-22

Act One: One Act Festival: Manhattan doesn't have a monopoly on festivals, four different programs of short plays will run at the Secret Theatre in Long Island City from Jan. 12-28

The Exponential Festival: Based in Brooklyn, this festival will spotlight some 30 works, all by New York theater artists, between Jan. 13-30

The Fire This Time Festival: Black playwrights from all parts of the African diaspora will be celebrated in this festival that includes a mini-festival of 10-minute plays, all running from Jan. 16 - Feb. 5

Winterfest: The New York Theater Festival's showcase for still unknown-writers will feature some 50 productions between Jan. 2 and March 5. 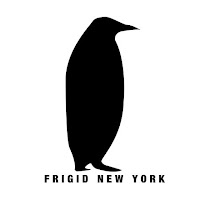 Frigid New York Festival: Now in its 10th year, this eclectic festival will feature works by 30 different companies from Feb. 13 thru March 5

That's a lot of stuff so if you'd like a little help deciding what to see, you can check out the Maxamoo podcast's preview of the festivals in which its knowledgable regulars list the shows they most want to see by clicking here.

And, finally, there's BroadwayCon, the three-day fandom extravaganza of panels, workshops and sing-alongs that will take over the Jacob J. Javits Convention Center from Jan. 27-29. Not even a blizzard kept last year's inaugural fest from taking place and even more stars have signed up to participate this year. You can find more about all it by clicking here.