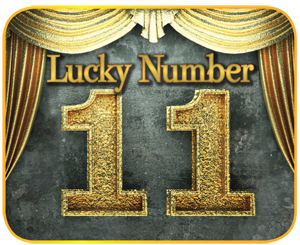 It's hard to believe that I've been writing this blog for 11 years but that's what the calendar tells me. As longtime readers may remember, I posted a "Curtain-Raiser" on Feb. 14, 2007 (I've always loved the kismet of its being Valentine's Day) and followed up two days later with a review of the off-Broadway production of In the Heights, which you can read here.

I've enjoyed every minute since then but this past year has been a particularly fortuitous—and busy—one. For starters, I was invited to be one of the revolving guest hosts on the long-running and Emmy-winning TV show "Theater Talk" (you can check out my first episode by clicking here).

And thanks to BroadwayRadio honcho James Marino, I've continued to fill in on the network's popular "This Week on Broadway" podcast when one of its two regulars commentators Peter Filichia or Michael Portantiere can't make it. But I also launched two podcasts of my own.

On "Tony Talk," a few of my friends and I tracked last year's theater awards season from the Pulitzer Prize for Drama straight through to Tony night and we're hoping to start up again as this year's theater season moves into the heat of the awards phase.

"Stagecraft" is my series of conversations with playwrights and musical book writers. I've talked to some really interesting folks from Sarah DeLappe, author of the Pulitzer finalist The Wolves to Kyle Jarrow, who wrote the book for the fun musical SpongeBob Squarepants. The podcast has been in hibernation during the New York theater season's winter lull but will return on BroadwayRadio in a few weeks (you can catch up with all the past episodes by clicking here).

Other highlights over the past 12 months have included the chance to talk at a panel hosted by the American Theatre Critics Association last fall and another sponsored by the Drama Desk at this year's BroadwayCon. And I also got to be one of the "experts" handicapping last year's Tony race on the awards site "Gold Derby;" I'm proud to say that my predictions put me in second place in a field of some pretty savvy folks.

Plus there was the pleasure of seeing the number of followers for the magazines I curate on the Flipboard site climb to over 4,000, with half of them following the flagship publication "Broadway & Me: the Magazine," (you can find it by clicking here).

But all of these opportunities and experiences began here, with these posts. And so I remain grateful to those of you who've made the journey with me and to those of you who took the time to join it today. I look forward to continuing our conversations.

In the meantime, I hope your Valentine's Day was as lovely as mine (I really am a lucky gal to have my husband K) and I hope too that the next year brings us lots of theater we all can love.