The Singular Pleasures of Two Solo Shows: "The Lion" and "Every Brilliant Thing" 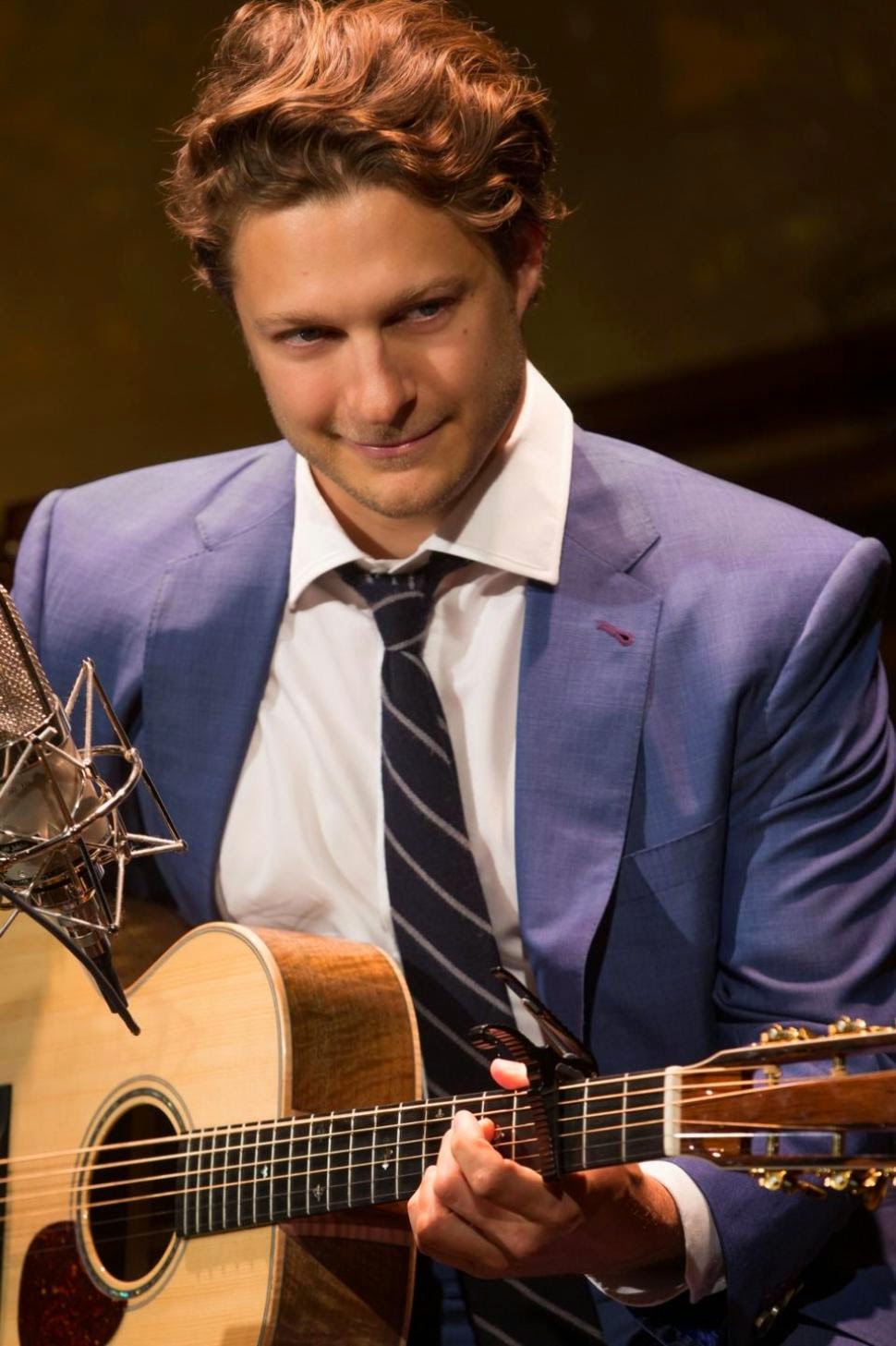 If you’d ask me, I’d say that I’m no fan of one-man shows. But, apparently, I’d be lying. Cause over the past week, I’ve seen and, in varying degrees, really enjoyed two of them.

The first was The Lion, Benjamin Scheuer’s musical memoir about coming to terms with the death of his father, who passed away when young Ben was barely in his teens.

Playing at the Culture Project’s intimate Lynn Redgrave Theater in NoHo, it’s a no frills production. Guitars are scattered around the stage. Scheuer, dressed in a natty blue suit, comes out and starts playing, moving from instrument to instrument as the 70-minute show unfolds.

An accomplished and versatile musician who’s played with Mary Chapin Carpenter, won ASCAP’s 2013 Cole Porter Award for songwriting and been writer-in-residence at the Goodspeed Opera House, Scheuer is a troubadour, whose sweet and pungent songs remind me of James Taylor at his best (you can hear him sing some songs from the show by clicking here).

The sung-through story Scheuer, now 32, tells is a Bildungsroman that encompasses the peculiarities of his childhood with an ill parent, his rebellious teen years, first important romance, career struggles and a life-changing bout with cancer.

But, under the astute direction of Sean Daniels, Scheuer's musings about those events take on an everyman quality that struck me as surprisingly familiar (click here to read a Q&A with Scheuer).

One woman sitting in the front row at the performance my theatergoing buddy Bill and I attended seemed so affected by what he was singing that she left abruptly right when Scheuer was relating an uncomfortable incident he’d had with his mother.

But I was rapt. And I’m clearly not alone since the show drew rave reviews when it originally debuted at Manhattan Theatre Club last summer and it's now at the beginning of an encore run that’s currently selling tickets through March 29. You should go.

The struggle to overcome the legacy of a troubled parent is also the subject of Every Brilliant Thing, which is playing at the Barrow Street Theatre through the end of March. This time though, the relationship is between a boy and his mentally ill mother. She keeps attempting suicide. He keeps trying to save her by putting together a list of all the reasons for living. 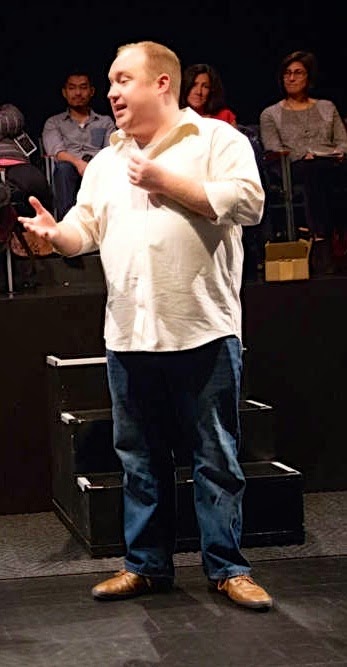 The show was written by the British playwright Duncan Macmillan but its main performer is the affable comedian Jonny Donahoe. I say main performer because what makes this show so distinctive is that almost the entire audience is recruited to participate in it.

Before the show, which is performed in the round with the house lights up, Donahoe walks around and hands out slips of paper that bear a number and one of the reasons for living. During the course of the play, he calls out the number and the audience member who holds it reads out the line (I was No. 320: burning things).

A few audience members are called on for more ambitious parts. And it's fun to see how good some of them can be. The guy playing a college professor at my performance was so spot-on that Bill, who gamely went to this one with me too, wondered if he might be an actor, not a plant but an actor on a kind of busman’s holiday.

Even my coat got into the act, enlisted to play a key role as the young boy’s dog. But don’t worry, you don’t have to participate if you don’t want to: I saw Donahoe try to talk a woman into playing his guidance counselor but then move on when she ultimately declined—click here to read how he makes his casting choices).

Like The Lion, this show follows its main character into adulthood with stops along the way for milestone moments. But it derives most of its specialness from the audience participation gimmick and what Every Brilliant Thing lacked, at least for me, was a true feeling of catharsis.

Its success obviously depends even more than shows usually do on how its audience members react but so much time was spent on the mechanics of getting people to say and do the right thing at the right moment that I lost track of what was at stake. Events that should have hit me hard in the gut felt more like gentle pokes.

Still it was a pleasant way to spend 60 minutes (yep; it’s even shorter than The Lion). And the audience, like the one at The Lion, was filled with twentysomethings whose appreciation of one-man shows I’m finally beginning to catch up with.

Labels: Every Brilliant Thing, The Lion