A Hard Look at Stage Diversity Dos and Don'ts 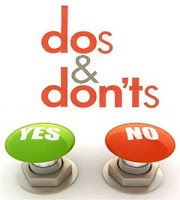 Another impossibly busy weekend is staring me in the face so I don’t have time to tell you about any of the recent shows I’ve seen. But I have managed to steal a few minutes to put together a different kind of post for today. It’s a little photo essay on two trends that really bothered me this past season.

In what I assume is an attempt to add some diversity to their shows, too many playwrights and directors are falling back on some old stereotypes: the big sassy black woman and the oversexed Asian woman.

Nobody cares about diversity in the theater more than I do. It's important that we have people of color on stage and behind the scenes. So I try to applaud producers, directors and writers who include them. But this trend is diversity done wrong.

Now I’m going to be honest, it’s uncomfortable for me to talk about this because  (1) I don’t think it’s malicious; although I do think it’s creatively lazy. And (2) I don’t want to talk anybody out of work; I appreciate the eager-to-get-any-acting-job bind that these actors are in and the majority of them do as much as they can with the material they’re given.

Still, I’ll bet they’d love to play some other kinds of parts. I know that the best of our showmakers are talented and imaginative enough to come up with some better ways to use them. And I’d really love to see what all of them can do once freed from these old clichés.

In the meantime, here's where we are now:

THE BIG SASSY BLACK WOMAN: Always there to belt out some big, brassy number

THE OVERSEXED ASIAN WOMAN: Always ready to jump the bones of the nearest nerd