How "Winners and Losers" Lost It for Me 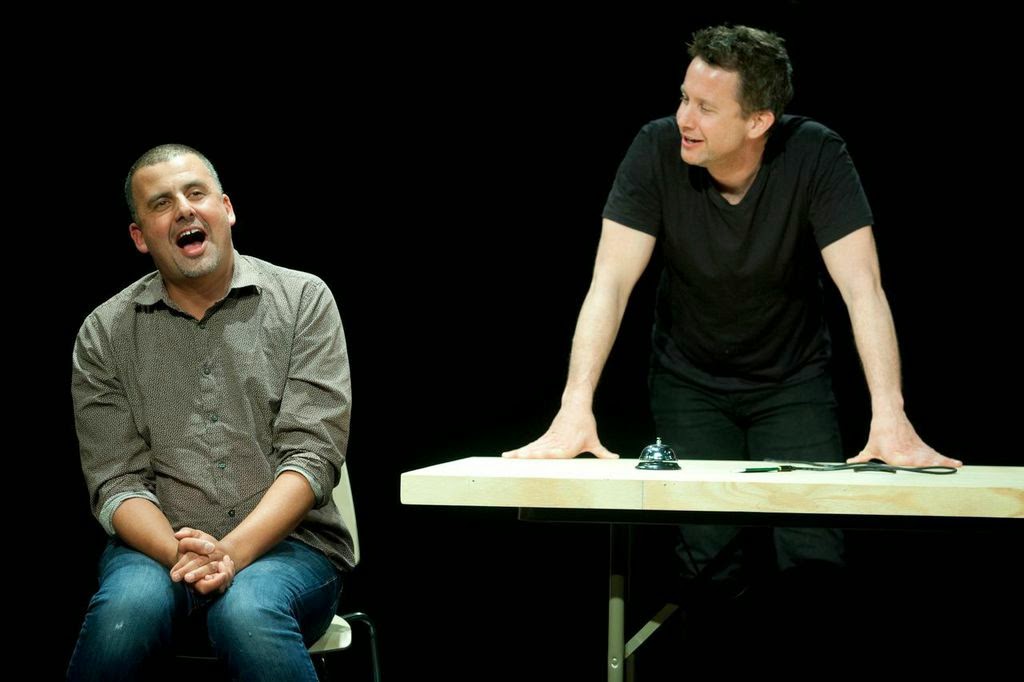 If watching two guys drink beer and try to one up each other is your idea of a good time, then Winners and Losers, which opened last week at Soho Rep., may be the show for you. Alas, I need more than that to entertain me.

But as the 90 minute-show progresses, Marcus and Jamie, as they call one another, tell us more about themselves—or the characters they’ve created for themselves. They’re both Canadians, in their 40s, married with two kids each and live in a Park Slope-like neighborhood in Vancouver. Marcus is from a wealthy family and stands to inherit a lot of money from his father an Egyptian émigré and successful banker. Jamie had a more modest upbringing and left home and started to fend for himself at 16.

All of it becomes fair game for the kinds of aggressive insults and put downs that alpha males lob at one another. Things get nasty. And the line between the theatrical and the real is intentionally hazy. The press rep says about 20% of the show is improvised each night (click here to read about how it was put together)

Whenever Marcus and Jamie seemed to get bored with the verbal sparring, they got physical—wrestling, playing ping pong and, of course, swigging beer.  When I got bored, which happened about 30 minutes in, I simply zoned out.

I get that they were intentionally trying to make me uncomfortable (even throwing in a couple of bad-taste jokes about the ISIS beheadings) and they get a win for that. However, they apparently also want to press home some insights about male privilege and the changing definitions of manliness and since they offer few fresh observations about either, they lost on that front.

But where they really failed was in making me care any more than I would have if I'd overhead two random dudes going all mano-a-mano over drinks at some bar.